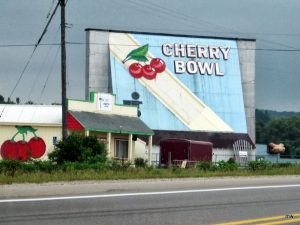 There is an deep undercurrent of change in the motion picture exhibition business. With the apparent sale of Regal to an operator whose major operations are in Eastern Europe and Israel as well as the beginning of some rather public problems for Wanda Dailan, parent company of AMC …a new day and a new exhibition economy is dawning. Not a bigger economy, but hopefully a better one. I am going to plant my flag in the camp of the independent exhibitors. It is with them that the future of the movie theatre will be determined.

The chains have repeatedly shown themselves to not be beholden to the customer experience but solely to the shareholders and their quarterly filings. It is only the independents who can react quickly enough to stem the onslaught that the studios are about to through at theatres. I truly hope that by now that everyone realizes that some CPA, who is overly committed to personal advancement will created a model that says hey studio heads, you have put into place all kinds of day and date plays…why don”t you release a movie to only 500 screens. We already see shades of that happening. Regal and AMC will be served first because well they have some of the large shareholders as do the parent companies of the studios. Release windows will be eliminated and them the amount of screens will be greatly reduced.

The clever studio folks, and yes they are clever….just terribly short sighted will pronounce…”Well Jaws was only released into 600 screens and that did wonderful things for the exhibition industry”. The problem is that we have so many more screens, primarily due the rise of the multiplex model. Now with the collapsing of the American mall the majors are finding themselves between a rock and a hard place. The days of the mall based movie theatres are coming to an end. It has been predicted that over 70 percent of malls will face some form of failure and or deep re-organization. This has deep ramifications for the theatre operator.

Yesterday I left my work early because I wanted to catch a screening at 2 in the afternoon of the holiday classic “WHITE CHRISTMAS”. Now in most theatres I think the average ticket sale for a Friday afternoon matinee would be …10 people. I watched the movie with a crowd of 300 plus. Nothing is better that getting your Christmas fix with Bing Crosby and Danny Kaye hoofing their way into your tinseled hearts and across Northern Vermont. Of course I watched the movie in that cinematic miracle, The Historic Artcraft Theatre. Next week before collapsing from exhaustion the Artcraft will have 6 sold-out shows at 623 admissions for each show. That’s 3,738 admissions. By the the Historic Artcraft Theatre still screens in 35mm,

What is interesting is that the Artcraft has firmly embraced the ethos of classical movie theatre showmanship and have made their offerings about meeting the needs of their customer base, not the silly and short sighted mandates from Hollywood. There are other shining examples of this.

Cherry Bowl Drive-In Theatre & Diner is a historic drive-in theater and diner in Honor, Michigan on US Highway 31. Honor is way up on the Michigan Peninsula and sits squarely in the middle of Benzie county, near a town which boasts a population of 229 people. It opened on July 4, 1953. and was one of seven remaining drive-in theaters in Michigan and the only one in Northern Michigan. It hosts a amazing snack bar, children’s play areas, putt-putt golf, beach volleyball, home-run derby and and even hosts a area for dogs. Pre-show entertainment events include Hula-Hoop contests and Elvis impersonators. The Cherry Bowl’s sound system uses the original vacuum tube amplifiers powering speakers at speaker posts.An FM Radio option is also offered for folks not embracing the retro mantra. Being Michigan the drive-in theatre is open in the summertime. The Cherry Bowl like all drive-ins were forced to convert to DCP projection.

In 2009 then Governor Jennifer Granholm was quoted in the Detroit Free Press that residents “haven’t lived in Michigan until they’ve been to the old-fashioned Cherry Bowl Drive-in in Benzie County, where they can sit on cushions in the back of their truck on a warm night, munching on the best movie popcorn and chicken fingers in Michigan watching an evening summer movie. In 2013, Honda wisely awarded the drive-in theatre a digital projector in its “Project Drive-In”.

The Cherry Bowl opened on July 4, 1953 during the drive-in boom. It was opened by a couple, The Griffin’s. Longtime owner Jean Griffin ran the business after her husband’s death in 1959, and was known throughout the area for never been seen without high heels. Laura and Harry Clark purchased the property from Jean Griffin in 1996. Harry Clark died in 2012, and Laura Clark continues to operate the theatre and the attached diner. The Cherry Bowl offers double feature films rated PG-13 or below. When Harry Clark was alive he installed sculptures next to the theater’s vintage speakers and 14-foot neon hot dog. One sculpture is a pink and blue Volkswagen with a clown head on it, another is a pink cow with cherries for spots, and there is classic Chevy positioned to look like it is coming through a fence. Food offerings include Messy Marvin’s chili cheese fries and (sometimes) Crazy Harry’s Barbecue Ribs and of course their world famous chicken dinners,. Desserts include funnel cakes, slushees topped with whipped cream and a cherry, and caramel apples.

Often drawings are held at the drive-in, when someone win, across the speakers rings out of the now famous phrase “ Winner Winner Chicken Dinner”. The drive-in packs them in, with reduced hours because of their Northern location it still maintains it’s profitability

Puffy seats stained with BBQ sauce, overpriced chicken fingers and digital projection do not make a theatre successful. Showmanship and an awareness of community do. It’s that formula that can only be executed by independents. It is the combination that will save the movie going experience.

So Rob Shilts and team from The Historic Artcraft Theatre and Laura Clark of the Cherry Bowl Drive-in take a bow. You may have just shown all of us a path forward.