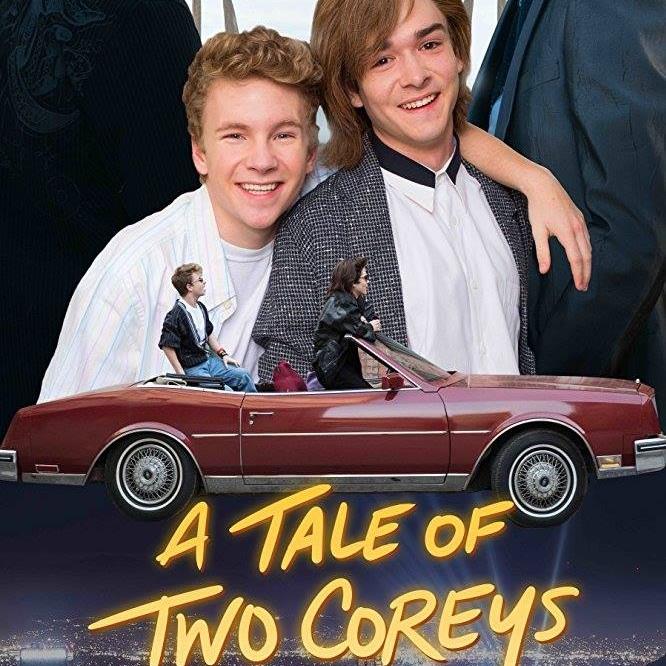 A Tale of Two Coreys and takes you behind closed doors with two of the eighties top Bop Magazine cover heartthrobs Corey Feldman and Corey Haim.  It follows them from working together on their first movie through the highs and lows of their acting careers and down their path of self destruction. While many know their history of partying hard, drugs, girls and most recently exposed the sex abuse, the movie is able to convey what they were feeling, what pushed them to do what they did, and shows their good times and sufferings.  There was a lot of agony and pain behind those smiles as they strutted down the red carpet to screaming fans at their premieres.

To some of us inching up on our golden birthday, watching the movie was a bit nostalgic and brought back good and bad memories from the 80s.  A time when movies had a good story, great characters, and there was always someone or something in the movie we can relate to.

A Tale of Two Coreys Director Steven Huffaker and the contributors to the screenplay and/or the story, including Feldman himself, had the challenge to include an abundance of information and actions that occurred over the years.  More than likely, a ton had to be left out and this movie could easily be turned into a series that includes more 80s stars.  In fact Feldman already is working on the sequel and more information will be provided about that at the end of the review. 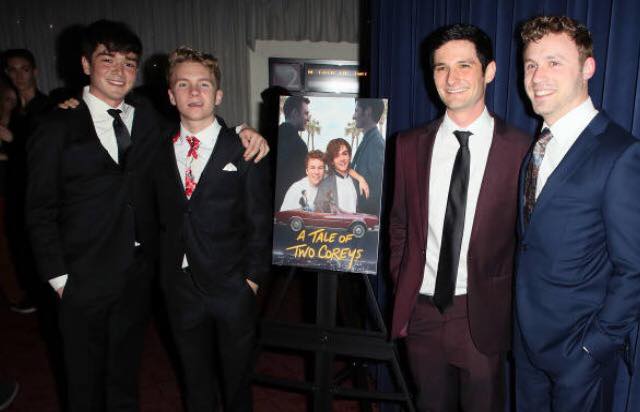 The movie begins showing the two Coreys coming from different backgrounds.  They each take a big leap to stardom in their respectable roles of Lucas for Haim and for Feldman it was Goonies and Gremlins.  During filming Lucas it’s exposed that Haim had encountered his first alleged sex abuse while on set.  Due to legal issue I’m sure, the alleged abuser was not named, nor was his face seen.  When Haim goes into the trailer with the unknown man, what happens in the trailer is up to interpretation, however, what truly happened apparently was told to Feldman by Haim himself.  Lucas was a huge hit and Haim’s family packed up their bags and moved from Toronto to Hollywood.  While Haim’s family was treating him like a king, it was shown in the movie that he struggled early with drugs when he was smoking marijuana with the sex abuse obviously on his mind.

Next Feldman and Haim are casted in The Lost Boys, however, there’s a moment prior to them meeting in person for the first time that may have ended it all, but Haim’s phone call to Feldman may have been life saving.  In the upcoming moments, life is good when they meet and bond with playing Nerf beach football with their dads. 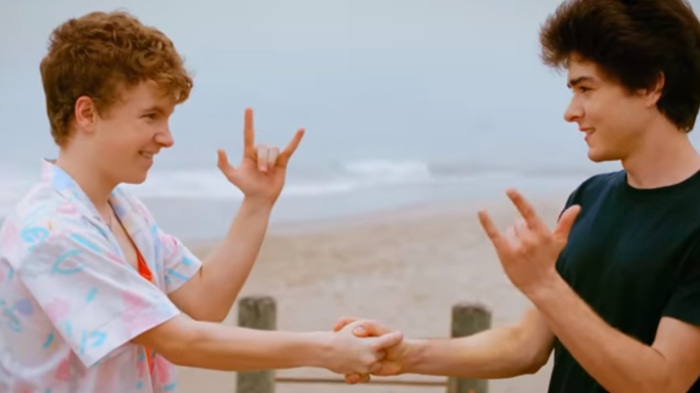 After that the Coreys were nearly inseparable and worked together on several more movies including License to Drive and Dream a Little Dream.  Not without a little competition and minor confrontations between the two. They both skyrocketed to stardom and the hard partying begins.  In addition to acting they propel into the world of drugs, sex, and clashing egos. Have to point out a specific moment.  At one party Feldman has enough of Haim’s antics and leaves.  While walking home he’s picked up by a girl who takes him to her place and delivers one of the best lines in the film, “I can’t believe I’m doing coke with Mouth.”

It appears that Haim may have been indulging a bit more into the partying and girls.  Possibly because Haim grew up in a nice home with a strong family values, so the pressure of Hollywood along with the alleged abuse overwhelmed him making him turn to drugs.  One sexual incidences in the movie is by their chaperone Marty, who was played by Keith Coogan, another huge 80s star that had lead roles in Adventures of Babysitting and Don’t Tell Mom the Babysitter’s Dead.  Coogan’s role was small, but he provided some good comedy relief playing a boisterous character, however once he makes propositions to Haim and goes into another room with him, his role is not exactly likable.  Feldman was just as guilty with all the drugs, however he’s been through some tough times as his parents were divorced, his mother an alcoholic that relied on his face to pay the bills and was overly aggressive if he got a scratch, plus he was bullied at school. 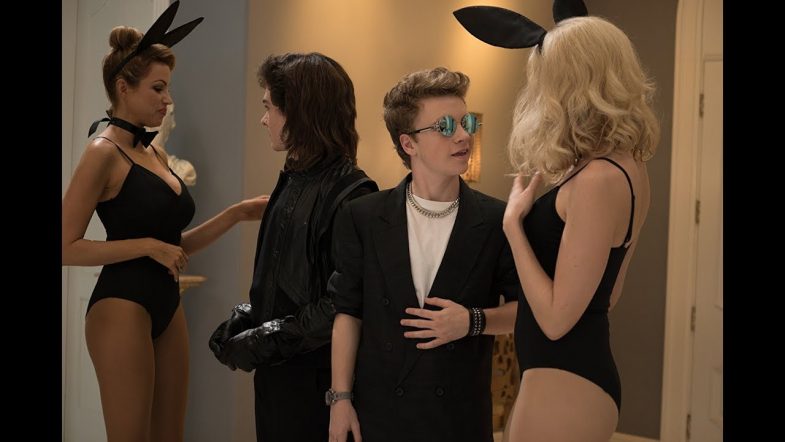 At this point they were partying every single night, were regulars at the Playboy Mansion, and at the clubs they hand picked girls waiting in line to get in.  Haim blew past his parents curfew by eight hours typically, which put a huge strain on the parents and their marriage and ultimately they got divorced.  The divorce hit Haim hard and his using increased drastically.  The drugs and partying were destroying their families and nearly losing acting roles in some of their most popular films.

One night, the two are out partying and Haim has a little too much.  Feldman had enough of the night and leaves the party frustrated at Haim.  It’s a turning point for both as in the upcoming moments Feldman is arrested while driving home from the party.  The two have a fight and it appears their friendship is over, and Haim overdoses at home and is discovered by his mother. As stated on the entertainment news, he succumbed to the demons of Hollywood. 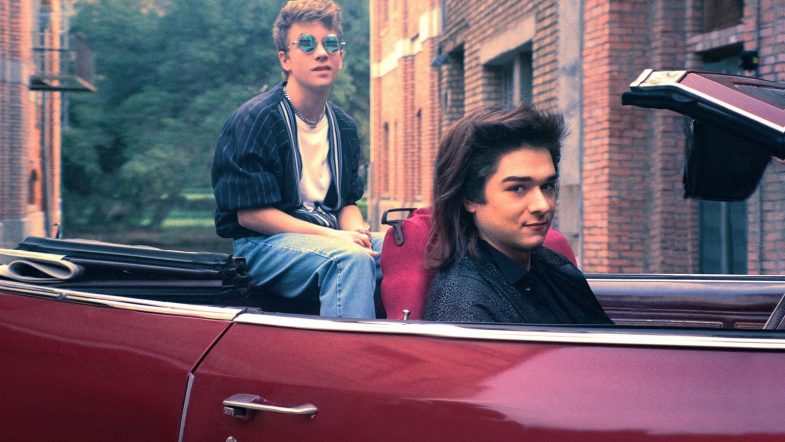 Some time has passed and Feldman is still acting, but mostly on a reality shows and he struggles to land the big roles like he did in his prime.  Haim’s mother wanted him as far as possible from Hollywood and they went back to Toronto. However it’s still evident he struggles with drugs, but a lot less than before.

Producers of Feldman’s reality show want Haim to costar with him and Feldman heads up to see his old friend he hasn’t seen in awhile.  Things are going well as the two star on the reality show, up until Haim is told by Feldman that the producers of Lost Boys 2 will not have Haim as a star unless he goes to rehab.  Personal battles escalate amongst the two and ultimately Haim checks into rehab.

Fast forwarding several years they meet again at a party at one of their old hangouts, the Playboy Mansion.  It’s a bit awkward at first, but now both are clean and sober.  With clear minds, they can maturely talk about the highs and lows of their past.  The film ends on a moving note when they visit their Nerf beach football playing grounds where they met for the first time in person.

Overall, the film was well done and made sure to touch on the most difficult times and struggles the two had with all the Hollywood pressure, drugs, and their friendship.  It showed how difficult it is to keep smiling in public when in reality you want to jump off a cliff and end it all.

Feldman continues to act in films and TV series and also whips crowds into a frenzy while rocking with his band Angelic 2 The Core. http://www.angelic2thecore.com  He also is currently running a crowdfunding campaign for a sequel of the movie. For more information and to keep up with Corey go to his website and follow him on Twitter and Instagram.

If you missed the January 6th premiere of A Tale of Two Coreys on Lifetime, go to the Lifetime website to see how you can watch it now up till February 11th. http://www.mylifetime.com/movies/a-tale-of-two-coreys

That’s all regarding A Tale for Two Coreys, but if you have nothing better to do and want to continue reading, here are a few personal things about me that resurfaced in my mind while watching the movie. In 1986, Feldman starred in the movie Stand By Me and was a critical point as I began my screenplay writings.  I was 15 and trying to figure out how to make it in Hollywood while being 2,000 miles away.  There was no internet and I was not being able to make long distance phone calls without getting in trouble due to the phone bill.  I resorted mostly to snail mail which just meant waiting well over a month to get a rejection letter.  Finally a young story analysis at CAA (currently an executive producer and partner at his own company) gave me a call.  He sent me the screenplay of Stand by Me to familiar myself with how to write a screenplay and suggested specific books for me to read.  The deal was I go see the movie at the theatres to see the screenplay come to life.  When I read Stand By Me, by far my favorite character was Teddy who ended up being played by Feldman.  From that point on I became a big Feldman fan.

The script I wrote by hand in spiral notebooks (which I still have) that prompted the story analysis at CAA to call me was about a few Chicago teens sneaking on a plane to get to California and get into a live taping of Who’s the Boss.  My hopes were to get my screenplay made and I’d meet Alyssa Milano who I had a crush on….as did a million other boys my age. That screenplay never got made and the notebooks reside in in a storage box at home. The great thing about social media is 25 years later, I was able to find the man that called me up and thank him for inspiring me to write the next several decades.
Thanks for reading!

0 52
Defining The Future Of The Movies, Defining Your Movie Freedom