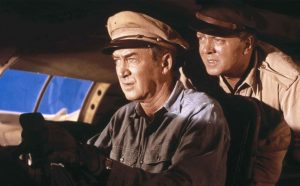 In Greek mythology, a phoenix is a long-lived bird that cyclically regenerates or is otherwise born again .Associated with the Sun, a phoenix obtains new life by arising from the ashes of its predecessor. According to some sources, the phoenix dies in a show of flames and combustion, although there are other sources that claim that the legendary bird dies and simply decomposes before being born again. I think the movie exhibition industry also has this ability.

The dark clouds of conflict are massing just on the horizon. The winds are picking up and within its breeze lies the unmistakable stench of a coming war. The chairman of the FCC, a puppet for his telecom masters has declared the end of net neutrality this coming April. Disney has retracted its titles from Netflix and is busily preparing to launch it SVOD juggernaut upon the entertainment economy. Comcast and AT&T conspire in dark rooms wanting a more than fair share of the movie world. It is amazing to see what is unfolding because any sane business person will tell that what the studios are fighting over is something that might eventually lead to their own downfall. Since 1997 the studios have systematically destroyed major market potential for movies in their attempts to wrestle control away from a free market economy.

It is a like a pack of rabid dogs fighting over a well picked over bone. The victor will no doubt be disappointed and the trophy will soon reveal itself to have no substance. There is a streaming war coming and it is going to be bloody and there are going to be many casualties.

Here is the trap the studios have set for themselves, starting in 1997 the studios started pushing for quicker turn over for the investment they made or lately have arranged for movies, faster returns on profit for the movies they produced. The fact that third parties put the money up for movie production and the studios make their money by distributing (On average they get 35% plus all expenses and of course in first position) movies not making them. So it would makes sense that they create outlets that will allow them to quickly maximize distribution fees. They pushed and pushed and they are still pushing. The problem is that instead of having a movie economy based on word of mouth, spectacle and global storytelling, they turned their product in a commodity. They didn’t realize they were doing this but they did. In collusion with the studios and because of the huge content demand of Netflix and Amazon movies went quickly from being a luxury item that had individual deep worth to a mass market commodity with little sustaining value. This all occurred in a very rapid fashion. For awhile the increased demand for movies that the studios saw drove them to aspire to grab a higher revenue share of the movies they controlled and became singularly consumed with the ideal of grabbing greater market control. The studios want a direct pipeline into the home. They want to charge $30 for the screening of a new release. Now on first blush that might seem pricey, but if it is viewed by a family of 4, then the pricing begins to make sense. They want to become the movie theatre. One day psychologist will collective decide that greed or at least the rabid great being expressed by the studios is a form of mental illness.

A classical definition of a commodity is that a commodity is a basic good used in commerce that is interchangeable with other commodities of the same type; commodities are most often used as inputs in the production of other goods or services. The quality of a given commodity may differ slightly, but it is essentially uniform across producers. One thing that great movies are not is uniform.

Here is what the studios have done to themselves,movies in order to see their highest value have to be considered distinct and unique products. A product that demands individualized marketing and a product has to be presented to the potential audience as artistically worthy, an experience and that you value for spending 2 hours of your life watching it. When you treat movies like a commodity you are eroding at the base of which makes movies special…and the ability for movies to stand out.
As time went on more movies were released that did not have a theatrical window. Netflix could not get enough compelling product so they came up with the concept of the long form series, that for the most part could be binge watched in just a couple of prolonged viewing sessions. Interestingly enough they partnered with a Norwegian company to do so. If you take a look at the majority of the product labeled as “A Netflix Original Series” often they are inaccurately putting their stamp on something they had nothing to do with other than acquire it. The ease of access offered by the VOD services changed the movies and not for the better. The shine of movies dimmed and with accessibility they were easily dismissed. Soon names like DeNiro and Pacino could be found headlining a movie that never was exhibited on a movie screen. Even the strength of these names could not prevent a title becoming lost in a digital sea of thousands of movies. There is really a distracting clutter on all major VOD services. Movies have become a flowing commodity primary over a digital pipeline. Try navigating Netflix, tens of thousands of titles….of which may be 240 may be offered up to you are one time. On those platforms consumers are facing a poverty of choice. It is confusing and crowded.

So the studios vainly and feverishly attempt to control what they feel is a showcase product not realizing that they have turned the movies into a bland commodity by a litany of missteps. A commodity that the market is perceiving the same way as wheat, corn or pork bellies. What is interesting is they have set a trap for themselves. A dangerous trap that spells disaster. Commodities by their nature have cycles of deep collapse. Since the late nineteenth century, commodity prices have undergone three long-term cycles and the upward phase of a fourth, driven primarily by changes in global demand. The upward phases of all four super-cycles were led by major increases in demand, each from a different source. During the current cycle, China’s rapid economic growth provided this impetus, exemplified by the country’s rising share of global consumption. Cue AMC. The problem is that commodity booms are soon followed by commodity busts. We are seeing hints of this coming collapse.

The first two cycles were relatively long (almost four decades), but the third was shorter (28 years). We are coming to the end of the fourth cycle and the deep collapse is imminent. Most likely the collapse will be triggered by the controlling efforts of Disney and the weakening of the Star Wars franchise. While I am impressed by the performance of Black Panther, I think it’s cachet, social messaging and distinctness are driving it’s box office success. Contrary to Black Panther early indications looks there is diminished interest for the next iteration of Star Wars if the lack of buzz of SOLO is any indication. When the pipeline Disney is building opens up it will need a huge supply of product. In the interim animation and St Wars shall sustain Disney’s Digital behemoth…but the runner will stumble and the product offering like Netflix will become crowded and stale. Wall Street analysts will point fingers, stocks will tumble and soon it will be apparent that the tentpole have given way and the tents are flapping in a bitter and cold wind.

Studio executives will be dismissed, a new regime will be brought in. They will wave their Brooks Brother adorned arms and hope that something changes…..but it won’t. Someone will remember that at one time the value of a movies was greatly enhanced by a theatrical release and an elongated window…maybe 160 days (which by the way should be the length of a proper theatrical window. They will approach the remaining theatres and declare that if the theatres want another kick at the can they will graciously oblige them…but of course it will have be at terms very favorable to the studios.

My hope is when that occurs, and it will…..that the independent theatre owner remember the financial hardship and anxiety they faced. That they remember the cavalier manner in which the studios denied working people their livelihood. Remember that the studios often denied them access to their titles.That they remember that they tried to destroy an American traditional and a National treasure. I hope they look the studio executives squarely in their eyes…..and then spit.

In the midst of all of this sits Amazon, cagey, expansive and creative Amazon. They already know this lesson and have taken it to heart. In the midst of the chaos they will endure, partner and create a cachet with their product by working alongside theatre owners. They will endure and slowly but surely they will work to make sure their movies cease to be a commodity. They are sitting in the weeds and waiting.

Last week I briefly mentioned the creation of the Independent Cinema Alliance. Some of the founding members were concerned about my perception of this effort. This week I was asked to join a conference call with the founders of the ICA . They were concerned that I might be unclear on their objectives. During the call, they explained and clarified their vision, their need to give independents a strong voice away from the major chains. In the midst of this conversation I realized these were deeply passionate committed people. True showmen and one show woman who deeply believe in the movie going experience. What they wanted was a fair shake and a chance to find success on a level playing field. The integrity they exuded coupled with their vision was heartening. Their ideas were strong and strategies were more than sound. After reflecting on the call I would have to say that this efforts will be a key force in re-establishing movie going. We spoke briefly about the foundations of both community and content. I am grateful for both their efforts and their vision. I am also grateful for their deep love of movie going.

Right now I think supporting efforts and the cause of the ICA is imperative. They are insisting that the tradition and the business of movies theatres does not go away.

There is hope, and not there is an organization and a Phoenix seems to be rising.

Image note: from ‘FLIGHT OF THE PHOENIX”
After a sand-stormed, pilot-error crash in the Sahara, crusty veteran flyboy James Stewart (in real life, 20 combat flights in WWII) must battle both guilt and German aircraft designer Hardy Kruger, as stubble sprouts and sunburned skin peals on the incredible ensemble cast—Richard Attenborough, Peter Finch, Ernest Borgnine, Oscar-nominated Ian Bannen, Dan Duryea, and George Kennedy—as they count down their ten days of water