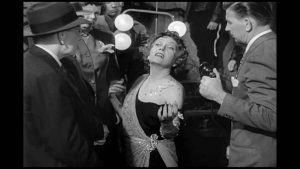 Every weekday morning I pull myself reluctantly out of bed and head to my office. More often than not I make a pit stop at my local coffee shop. For what seems like an eternity I have been a charter member of my local liar’s club. Every morning tales are spun, lies are told and a former sheriff regales everyone about his wife’s quilting adventures. Not that anyone of us is particularly interested in the sewing arts but our friend is deeply in love with his wife and to him everything she does is magical. Frankly in today’s mixed up world that’s pretty great in my book.

So last Monday I asked a simple question to this motley crew, “so who watched the Oscars”. Blank faces responded and within this group it turns out I was the only one who watched this oldest of awards show. All the others said they had no interest, thought they were too political or too narcissistic. While I love movies, I have to admit the Oscars does not have the same allure as they used to have . It would appear that America maybe falling out of love with the Hollywood. Ratings would confirm this as they lost one-fifth of their audience from last year.
\

At one time, the Academy Awards was the most-watched awards show on the planet, and that really meant something. The Oscars were referred to as the “Super Bowl for women.” and they were right. I remember the glory days when half the world was tuned to the Oscars Show. Billy Crystal came out riding a horse, Jack Palance did pushups….Billy Crystal made some smart remarks about Jack Palance doing push ups and the next morning people talked about the show. Unfortunately to us die-hard movie fans and to our co0llective regret in the ensuing years the Oscars diminished greatly. The Academy Awards soon appeared to become an award aimed at only impressing those in the cinematic in the movie know. This year fantasy and make believe disappeared in favor of activism and political correctness. It was a three hour commercial for thinking a certain way.

I used to love getting the paper the next day after the Oscar’s when the front page heralded the Best Picture and the entertainment section got heavy with ads trumpeting the wins of certain pictures. If the Best Picture was out of release, it would be put back into release. People who did not see the picture first time out, after winning the Best Picture would want to see it.The majority of this year’s nominee’s were already on Netflix or Amazon by the time this year’s Oscar’s were broadcast.

The Academy of Motion Picture Arts and Sciences was founded ion May 11th, 1927. Membership in the Academy is by invitation only. Invitation comes from the Board of Governors. Membership eligibility may be achieved by earning a competitive Oscar nomination, or by the sponsorship of two current Academy members from the same branch to which the candidate seeks admission.

New membership proposals are considered annually in the spring. Press releases announce the names of those who have recently been invited to join. Membership in the Academy does not expire. Academy membership is divided into 17 branches, representing different disciplines in motion pictures ie: Acting, Costume Design, Composers, Editors, Directors etc..

Let’s face it there is a deep disconnect between the Academy Of The Motion Picture Arts and Sciences and the moving going public. The Academy as a whole and within it’s sections is allergic to rewarding the most popular films. In this decade, 90 films have grossed more than $200 million domestically. Only five of those have been nominated for Best Picture: “The Martian” in 2015, “American Sniper” the next year and “Gravity” in 2013, and “Toy Story 3” and “Inception” in 2010. The last time a year’s top-grossing film was nominated for Best Picture was “The Lord of the Rings: The Return of the King” in 2003. There is a deep disconnect.

What is really surprising is that there’s room for as many as 10 nominations for Best Picture.

The Oscars set themselves up as elitist and isolating to the public by ignoring blockbusters and comedies. They have become an award for a certain type of movie, that they, the Academy have deemed intellectually worthy by a very small group of exceedingly insular people. And as the Academy has drifted further away from the popular, the political positions of nominated movie makers has moved away from what from evoking the voice of the common man, instead a deep gulf have arisen between movies and their audiences. Now don’t get me wrong, I think Harvey Weinstein is despicable, I do think Hollywood was once a boys club and I think we should make more diverse movies . I think the right should make movies, I think the left should make movies, I think the center should make movies and I think we should all take part in as many cinematic conversations as possible. I personally think that not one group should be liberated I think everyone should be liberated. And I think movies at their best are a force of personal liberation. I also I think police violence is horrible because it is a deep betrayal of trust but I also think most cops I know are pretty solid folks. I think al people are just people and that we all should be judged equally and provided opportunity. I do not think you mandate equality, I think you should know that treating everyone equally is just the right think to do.

I can think of very strong political movies that spoke to the audience, all the audience with a clear and an evocative voice. ‘The Grapes Of Wrath”, “Network”, “All The Kings Men”, “7 Days In May” “12 Angry Men” come to mind as well as many more. They included their audience in the discussion, did not talk at their audience, but engaged them as intelligent participants in a cinematic conversation. They respected those who would sit in a darkened room for two hours as the movie made it’s case. They knew the audience was bestowing the movie with the greatest gift they could….their time.

Those of us who work in the movie industry should also consider the pampered nature of this world of entertainment that we may inhabit. For better or worse, we spend billions of dollars on our entertainment options, and worship those most successful at producing at a high level. What other kind of result should we expect from a profession like acting, where a handful of chosen ones are paid an obscene amount of money to pretend to be something for just a little while. This culture has given rise to detachment and sadly the Kardashians, icons of self involvement and tawdriness.

This year’s Oscar’s were unveiled ad-midst a sea of sexual harassment allegations, coming from all sectors of the movie business. It is sad, it is shocking and it should at no time be ignored or tolerated. The depth of the scandal and abuse is frightening. This is a business that obviously is suffering from a deep rot, crippled by a barrage of painful harassment accusations. The movie going public is growing weary of the deepening scandal and what appears to be a deeply embedded culture of predatory behavior. The audience is wise and they know that little of the accusations have to do with sex, they have more to do with the unwarranted exercise and perception of personal power. This cutlure maniest’s itself not only in sexual misadventures of small men but in the day to day business practices of the industry itself. The movie business has forgotten that it’s business is serving the aspirations of it’s audience. They are corrupt and they all seem to need a lesson in civility. America is wisely beginning to lock the door and turn off the lights when Hollywood comes calling.

Let’s face it Hollywood is in a deepening funk and the Oscars’ with its 20% loss of viewership is just symptomatic of a deeper perception problem. In this environment, where Americans buy only four movie tickets a year, it’s has become far more expensive to create an audience for a movie. In 1980, Hollywood spent less than 20 cents on advertising for every $1 it earned at the box office. Now it spends 60 cents to get that buck. In a market where it costs $60 million just to earn $100 million, movie makers are spending an enormous amount of money on fewer blockbusters and advertising the bananas out of them. At the same time that movies’ domestic audience flat lined, and its worldwide audience bloomed. In the last five years, the Eastern Asian and Latin American markets have grown by $6 billion, while the U.S. and Canadian markets have grown by less than $1 billion. The necessity to create a single product for a global crowd encourages studios to produce the cinematic version of a reverse Tower of Babel, entertainment that can be appreciated by my cultures and by many tongues. But at the end of the day it really is just a dilution of the movies. I hold forward as a perfect example, that cinematic misstep, The Great Wall.

If movies are to be saved there has to be many more movies produced for the theatres, there has to be a enlargement of a theatrical window to 120 days, theatres will have to consider a more diverse content offering and from the the movie making side, directors have to learn to make more movies for a price.

Netflix just announced that they intend to have 700 original shows and movies on the service in 2018, using that previously revealed budget of around $8 billion earmarked for original content. Of that 700, 80 will be original feature films commissioned by Netflix solely for use of the service. Because of the lack of the ability for Hollywood to produce this much product, Netflix is acquiring bucket loads of foreign movies and series.. By the way the 80 movies they are producting welll this is twice as many as any Hollywood Studio is producing. In 2019 the Martin Scorcese movie, The Irishman graced with a $140 million budget and starring Robert DeNiro, Al Pacino, Joe Pesci, Bobby Cannavale and Harvey Keitel, Netflix intends to give it a very limited theatrical run just so it qualifies for the Oscars.

Thomas Jefferson once said wisely. “Whenever any form of government becomes destructive of these ends life, liberty, and the pursuit of happiness it is the right of the people to alter or abolish it, and to institute new government…”Reflecting back on this year’s Oscars all signs are indicating the the present form of Hollywood has run it’s course and maybe just maybe its time to look at an alternative model.