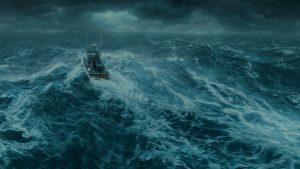 In August, after the peak of a disappointing summer movie season, MoviePass introduced a fantastic offer: see a movie every single day in theaters, paying only a monthly fee that, in most markets, amounts to less than a single ticket. It worked. Earlier this month, MoviePass reached 3 million subscribers, growing much faster than anyone expected, including the good people running MoviePass, the data analytics firm of Helios Matheson.

Right now the simple fact is that the more subscribers MoviePass signs up, the more money it loses. At present it is running a deep $98 million deficit. On paper it kind of looks like a financial disaster or at least the potential for one . MoviePass give theaters full price for each ticket, whether a member visits once or twenty times a month. It seems to be headed to a fiery end, but the truth is that what is going on is that the game is changing and MoviePass, through dipping its toes in the waters of the movie business are the advance troops of moving toward a subscription economy.

What is telling is the people who initially invested in MoviePass. Some of these investors are Lambert Media Group ,who held out relationships with Village Roadshow, Rave Theatres and iPic Theatres, Structure fund funding of revolutionary technologies including VidMob, Prodege funder of shopathome.com, mypointsinc and sodahead. MoviePass has also brought into its fold people from Spotify and food and beverage operators.

I personally think that the subscriber model and the worth of each subscriber in a economic valuation sense is something a lot of analysts are missing. For example, in the cable television industry each subscriber or subscriber household represents a valuation of $2200.00. I feel confident that I could make the argument that subscribers of MoviePass could be valued at $600 or collectively $1.8 billion.

While 3 percent of all domestic box office transactions get purchased through MoviePass, the number rises to an impressive 10 percent when MoviePass promotes a movie to their subscriber base, according to the company’s own tracking. This is interesting because the mere production of these numbers indicates a stronger tracking facility within MoviePass application than presented in its Mitch Lowe, CEO of MoviePass retraction of last week. Originally Lowe’s statement was “We get an enormous amount of information, We watch how you drive from home to the movies. We watch where you go afterwards.”. This statement was later retracted vehemently by Lowe, but personally I think the initial statements made by the MoviePass CEO were accurate.

Internally MoviePass is trying to develop a business model that includes the before movie activities and after movie activities of it’s subscribers including restaurant visits and after movie trips to local watering holes. We know by the check-in abilities of today’s smartphones and iPhones that mobile technology provide immediate feedback and positioning of anyone with a GPS enabled phone in their possession. So I think Mitch Lowe’s first statement stands. They are tracking everything.

We now know that MoviePass has begun to define for ways to fill those needs, by digitally scouting their app user’s location. “Our vision is to build a complete night out at the movies,” a MoviePass spokesperson said. “We are exploring utilizing location-based marketing as a way to help enhance the overall experience.” they went on to say “We will use the data to better inform how to market potential customer benefits including discounts on transportation, coupons for nearby restaurants and other similar opportunities,”

Internally the MoviePass goal is to have it’s users see 1.1 movies a month, and to enjoy $6 per user in advertising and transaction fees. Right now according to Mitch Lowe, the chatty CEO of MoviePass “We’ve got more than four contracts that are revenue-producing, in the six-figures-type range, for films, The studios really do see the light, and see that we could be a valuable ally in rejuvenating the business.” This unveils the simple fact that MoviePass is using the MoviePass app to sell ads. So instead of MoviePass contemplating a piece of the concessions maybe the theatre owners should be asking them for a piece of the advertising pie.

As I see it, Movie Pass is a trojan Horse and a virus in the machine that is the movie business. MoviePass Ventures, an acquisition company formed by MoviePass intends to acquire movies. This year the MoviePass gang attended the Sundance Festival and there picked up a cops and robbers movie called “American Animals”. As a distributor, MoviePass can give movie makers a commitment to the big-screen experience, and the possibility of a substantial audience. This is a differentiation to the success or failure of a feature length motion picture. What is becoming scary as MoviePass wades deeper into these waters is to realize quickly that they are pondering giving Amazon and Netflix a run for their money. Every year there are thousands of movies that are created that do not achieve any or little distribution. These movies will be easy pickings for a service created by MoviePass. If this occurs a vertically integrated juggernaut will have been created. Or maybe it already has been created.

To that end MoviePass has begun limited partnerships with streaming service Fandor, which offers a library of more than 5,000 films, documentaries, classics, international features and shorts. Fandor’s origins is with Bay Area independent film festivals. An acquisition by MoviePass would create some interesting inertias. Fandor just named Jared Leto as Chief Creative Officer. Star has been investing heavily into Fandor.

This is not the only interesting strategy that MoviePass is drilling down on.

At one time MoviePass was pursuing to launch an ICO, or cryptocurrency offering. An unregulated means by which funds are raised for a new cryptocurrency venture. An Initial Coin Offering (ICO) is used by startups to bypass the rigorous and regulated capital-raising process required by venture capitalists or banks. In an ICO campaign, a percentage of the cryptocurrency is sold to early backers of the project in exchange for legal tender or other cryptocurrencies.. This would provide MoviePass with its own currency backed by a blockchain, A blockchain, is a continuously growing list of records, called blocks, which are linked and secured using cryptography. A MoviePass cryptocurrency would facilitate a far greater reach and a far greater treasure of derived data.

There has been push back , most vocally by AMC. MoviePass shot a volley over the bow of AMC. Helios and Matheson CEO Ted Farnsworth confirmed that MoviePass had pulled out of 10 AMC theaters. He also claimed (which has not been substantiated) that the subscription service represents 62 percent of AMC’s operating income, and argued that the theater chain should share concession revenue or continue to lose potential business. “We already know in past testing that MoviePass subscribers are not theater-loyal,” says Farnswroth. “They’re happy to drive by a theater that may be closer to a theater that will accept MoviePass -because of the MoviePass value.”.

Now playing folks “Pirates of The Movie Auditorium”. There is no doubt that MoviePass uses brutal tactics. But the market grab within the movie theatres are just the beginning. They see the retreat of the studios and intend to fill a void. MoviePass envisions movies screening that are exclusive to MoviePass users, and are intent on expanding their offerings to include live sporting events, restaurants, bars and concessions stands.

At the core MoviePass knows that people want to go to the movies. It’s something that the studios are ignoring and that theatres have seem to have forgotten. A perfect storm has arisen and Movie Pass is intent on taking advantage of it.

If MoviePass concerns you, as it should please join the Independent Cinema Alliance.

To join please go to www.cinemaalliance.org