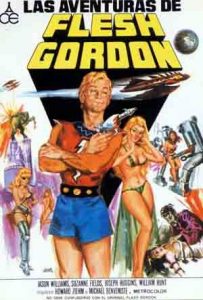 Is this movie a masterpiece? Clearly… OBVIOUSLY… not. But it is distinctive and original. Flesh Gordon is an unusual case where the quite good and the very bad somehow manage to complement each other and average out to make a very entertaining movie.