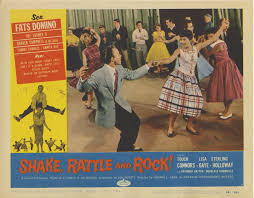 This golden oldie film, while somewhat shallow in the plot category, is nothing more than just plain entertainment. It consists mainly of good fifties rock n roll music by original artists of the day which really makes the film a joy to view. Also, unlike most of the teenage films of that time, some scenes show kids who are genuine teenagers rather than 20 or even 30 something adults pretending to be teens. This really adds a touch of quality to the movie. Besides the music, the anti-rock n roll adults add to the enjoyment as well. Although their respective rolls may have been intended to be mainly villainous, they come across as so ludicrous in their actions that they are truly funny. This is a movie for fun and enjoyment and not to be taken seriously.