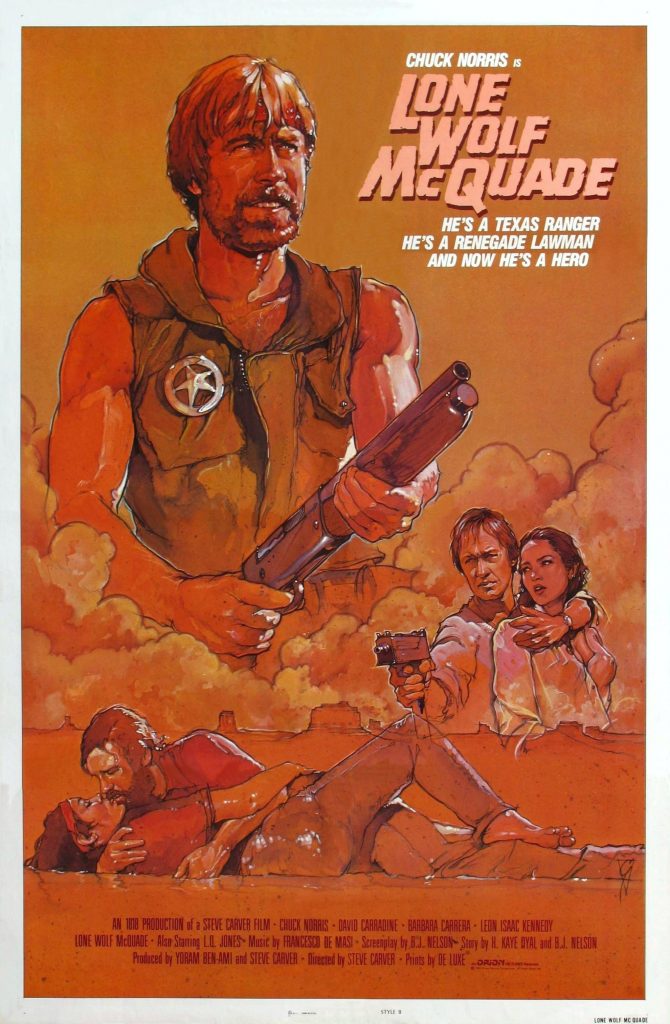 Certainly Chucks greatest along with The Delta Force, this film has very few flaws. From the outset we see the hard and rugged Chuck fight it out with style and humour. The joy within this film is yet again a credit to Norris. The best scene’s involve the uzi scene (his face as he spins round – utter comedy), the line “No one’s ever killed a Texas Ranger”, the crazy little guy, THE SHEER DELIGHT as he drives his car out of the ground and the great end fight scene where Carradine camps it up no end. The what would normally be haunting music only adds to the fun of this film…the only time I didnt laugh is when they shot his dog!