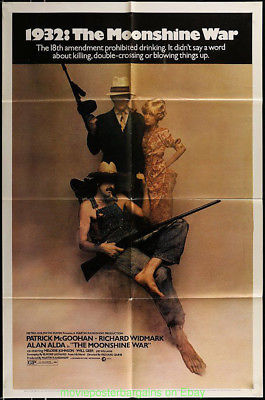 This is one crazy bizarre film. Not so much the story, but the casting. Patrick McGoogan as the corrupt prohibition guy is just hilarious, I was waiting for him to yell out “Who is number one?” just for fun. Richard Widmark was also funny, as the bad guy working with Patrick McGoogan. It was weird to see Alan Alda playing the role of the dude with all of the moonshine. One crazy thing if it is 1932, why is there a countryish pop song that sounds like it is from the late 60’s playing through this picture? Maybe to be funny. This movie is sometimes fun to watch, but it may annoy some.