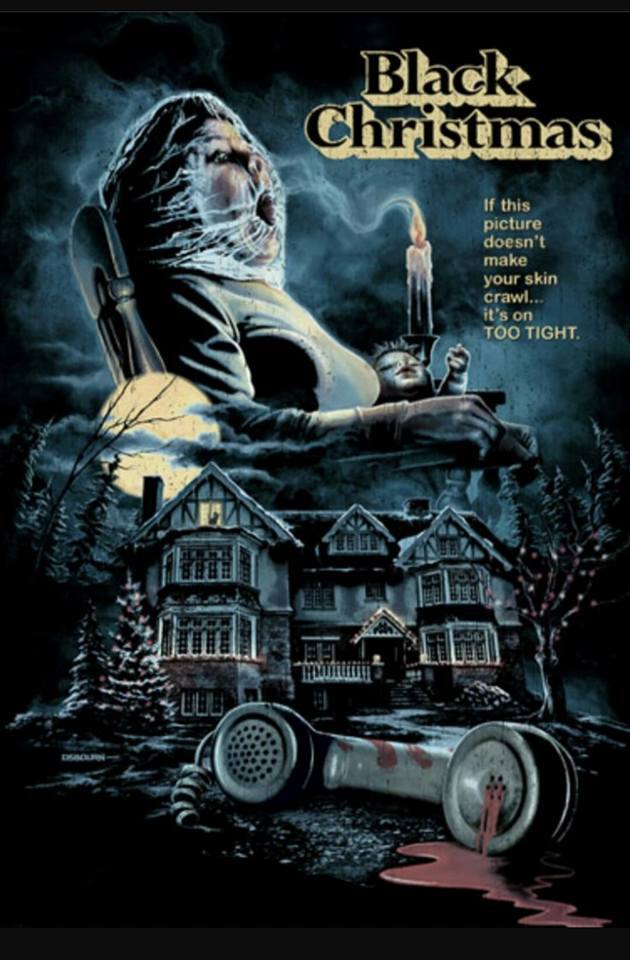 Released and ignored in 1973, “Black Christmas” became a forgotten classic. The Canadian shocker was eventually re-released as “Silent Night, Evil Sight” in order to avoid confusion with the blaxploitation films of the time, but it bombed once again. In the early 80s, it was broadcast on cable as “Stranger in the House” in order to snatch up some rantings. Right when the movie seemed dead, NBC decided to cancel a prime-time airing of it because it was deemed “too scary” for network television. This was all film-buffs needed to go back and discover the wonderful “cool movie that you never heard of” that is “Black Christmas”.

Before I go on, here it goes: “Black Christmas” is one of the scariest (and finest) horror films ever made. Major credit must go to director Bob Clark (who went on to direct the epic “Citizen Kane” remake and because of legal reasons had to change it’s title to “Porky’s”) who like John Carpenter in “Halloween”, is able to create a current and simplistic creepy atmosphere. “Black Christmas” is indeed very similar to “Halloween”: Both movies are themed with a particular time of year, both movies feature a killer with breathing problems who loves POV shots, and both movies have a long and slow build-up that makes the audience care for the characters that are about to get slashed. The difference is that “Black Christmas” does it much better, in fact, I think it is a superior film.

The movie begins with a shaky POV shot of a stranger who decides to sneak inside a sorority house in order to get some fresh meat. That’s it! Plain and simple. There is no “your father killed my cousin’s cat” motive, the killer wants to kill because he simply wants to. Isn’t it much scarier like that? No motive at all?

The cast is not your usual teen slasher stereotypes: There is the not-so-virginal sweet leading lady Jess (Olivia Hussey) who is having trouble because she wants to have an abortion. Her boyfriend Peter (Keir Duella) eventually disagrees. In the sorority house there are many other odd characters, including chain-smoking, foul-mouthed, heavy-drinking Barb (ironically played by Margot Kidder) who steals the show with the much-needed humor. Unlike the countless other slashers out there, “Black Christmas” takes time for the audience to get used to these characters and actually care for them. Unlike in “Halloween”, the entire top-notch cast in “Black Christmas” give excellent performances. Olivia Hussey is perfect as not-so-innocent Jess, Keir Duella is scary and misleading as her deranged boyfriend. And of course, Margot Kidder steals the show with an excellent and amusing take playing herself. Also noticeable is cult star John Saxon as Lt. Fuller who many years later started showing his personal love for “Black Christmas” on interviews.

The well-balanced doses of drama and comedy connects the audience to the characters on screen so strongly that they sometimes we forget it is a horror movie. And when something scary eventually happens, it comes as a total shock. Bob Clark eventually became famous for his comedies, and you can sense his upbeat sense of humor though the entire film. Recent movie audiences lost their patience, so movies like that can’t be made anymore. And there is a good reason “Black Christmas” is currently labeled as a comedy at the IMDb, it is really funny. So many memorable quotes here: “These broads could hump the Leaning Tower of Pisa if they could get to top of it!” or “I’m a drunk? Here we have the queen of vodka herself!” and of course, the whole Fellatio address.

But isn’t this a horror film? It really lives up to it’s tagline. To begin with, the killer is not a silent invincible maniac on a Santa Claus costume. Instead, he is never seen. Most of his moments come from POV shots and dark takes. He is confined to the sorority house’s attic for most of the time. How is that scary? Sound comes to play. The killer calls the sorority girls though the phone many times (early shades of “Scream” and “When a Stranger Calls”) and uses some of the most disturbing voices you will ever hear. He imitates pigs squeaking, perverted dirty talk, animal noises, screaming, heavy breathing, and many other weird sounds. Does it work? Of course. This guy makes Norman Bates look like Richard Simmons.

These disturbing elements are all put together though the brilliant cinematography by Reg Morris, who is able to capture the silent Christmas atmosphere perfectly with the wonderful use of silent snow-covered streets and decoration. Let’s face it, Christmas is a bit creepy, isn’t it? It certainly will be after watching this flick. The piano score by Carl Zittrer is simplistic and effective as well. The repetitive use of Christmas carols also add up to the tension.

Ignored over the years and unknown outside the cult horror fans, this is an underrated classic that deserves much more attention that it ever got. Everything is perfect in this Canadian chiller: The atmosphere, the music, the overall spooky look, and one of the scariest villains in history. No gore (although the killings are so disturbingly shot they don’t really need any) no sex, no nudity, just plain old-fashioned horror. This is “Black Christmas”: Snow-covered silent streets, creepy Christmas carols, spooky use of lightening and color, scary atmosphere and the overall look of the plastic bag suffocated victim in a rocking chair staring from the attic window. Trust me, you will never go to your attic the same way again.

“Twas the night before Christmas, and all through the house, a creature was staring…”