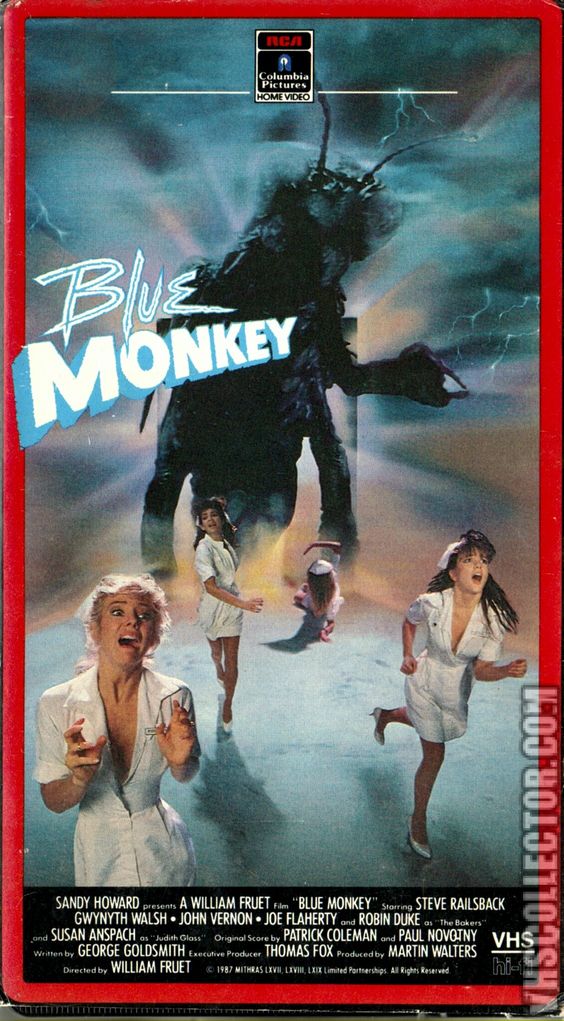 This low budget sci-fi tries to incorporate so many elements from “Alien”, “The Thing”, “Arachnophobia”, “Mimic” and “Them”, it should be called “Blue Ripoff”!

I know, I know… this film pre-dates “Arachnophobia” and “Mimic”, but the “mutated insect-out-of-control, rampaging-through-a-decrepit hospital” idea provides little chills, little suspense, and a lot of sympathy for health insurance litigation. The casting was erratic at best (c’mon…Joe Flaherty and Robin Duke of SCTV fame?) and though the pace was fairly quick in the right places, you still had the sense that too much was crammed into too little a film all too late. The name, “Blue Monkey”?? What’s with that? Probably a red herring only the writer and director are aware of.