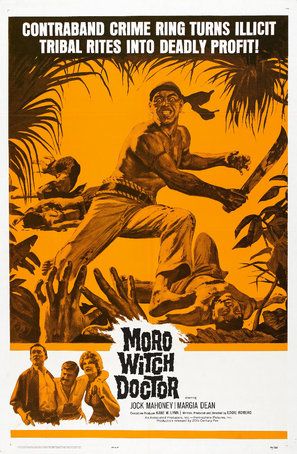 Romero’s other Philippino trash monster pictures are so lively and enjoyable that we can’t help wonder what happened to this one. The (obviously second thought) framing story with Reed Hadley explaining the plot suggests Stateside interference.

There are still a few interesting scenes – notably the opening with the drugged up assassin advancing with machete, acting out the Amok ritual that is the subject of a Stephan Zweig story and the Gary Cooper movie REAL GLORY.

The body of the film, with American white shirt hero Mahoney sorting out the bad guys, is tedious and hard to follow though there are glimpses of something more substantial as when we cut from the Moslem village to the Catholic funeral passing in urban Manila.

The film does have curiosity value as an attempt to add a new frame of reference to the monster movie.