Mark Chandley has always had an analytical mind and in he college studied intelligence analysis, risk analysis and counter-terrorism.  He naturally loved analyzing things, so when given the opportunity to analyze stories for HBO, he knew it was perfect fit for him.  In 2018 HBO received 12 Golden Globe Nominations and at the 2018 Emmy’s HBO won 23 awards. Those award winning shows all began when the Story Analyst received an assignment to evaluate whether the material is good enough to move on to the next stage of development.  “As a Story Analyst for HBO, I read books,” tells Chandley.  “That might sound like an odd job, but many of HBO’s most popular television series are based on books (Game of Thrones, Big Little Lies, Sharp Objects, The Leftovers, Band of Brothers, Boardwalk Empire, etc.,) So I’m given these books and I’m tasked with evaluating whether I believe they are viable for adaptation into features or series.” 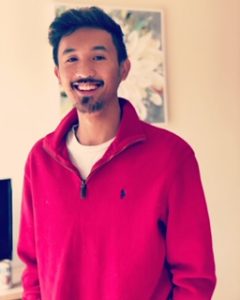 Constantly analyzing stories to be considered to become a series or feature is complicated and stressful especially considering HBO’s reputation for making high quality series and features.  Chandley shares more details of the process, “I provide coverage on the book, which includes a logline, 2-3 page synopsis of the book’s story beats and finally a page or so of notes analyzing its strengths and weaknesses in terms of things such as structure, plot, conflict, character, and other criteria. Essentially it’s the same job as a script reader, but with books, and sometimes I’m asked to do chapter by chapter breakdowns. The story analysts jobs are great and it is (in my opinion) the best education in screenwriting there is.”

Chandley got his start in the industry when he relocated to Los Angeles in 2017.  Prior to working at HBO he was working on unscripted reality/lifestyle TV productions.  He desired to work on scripted features and series and took advantage of any opportunity that came up, “Around February of this year, I kind of randomly fell into a script reading internship with Eclectic Pictures (Olympus Has Fallen, London Has Fallen). There I had the opportunity to read multiple drafts of screenplays that were actually in development, one of which is a female-led entry in the Expendables franchise,” shares Chandley.  With his natural analytical background, he welcomed any opportunity to read screenplays and read for Red Ampersand the parent company of Screencraft, WeScreenplay, The Script Lab, and CoverFly.  His script reading role there was not a simple read and evaluate, Chandley said each company had specific coverage requirements and they varied for each and every project.

In the short time he’s spent reading scripts, Chandley quickly is emerging as a top story analyst.  He doesn’t want to stop there though, his goal is to be more involved with projects from concept through production, “There is a lack of intimacy with the projects I evaluate. I’m not the person who is out there scouting the story ideas, and I’m not the person who is further developing it after I write the coverage – hence why I’d like to move up the development ladder. It’s my goal to climb the ladder within the development world and eventually become a creative development executive.

Next time HBO comes out with a new show that goes on to win numerous awards, remember it all started with the Story Analyst like Mark Chandley.