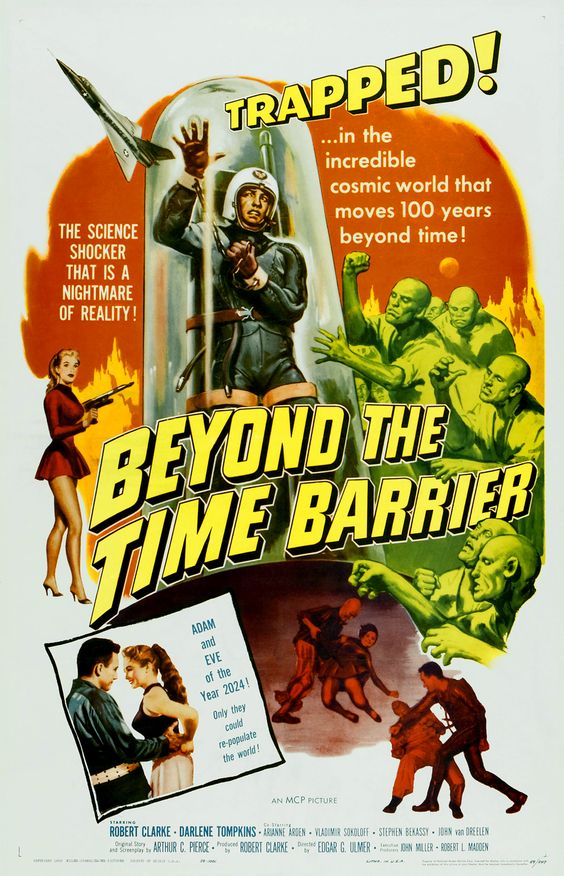 I have always been fascinated by the philosophical aspects of space and time, for example, such as the possibility of time dilation. That is why movies such as “The Time Machine”, “World Without End” (especially, “World Without End” being one of my all-time favorite SF films), and this one, “Beyond the Time Barrier” have a great deal of appeal.

Not the best, not the worst.

Worth watching for the art design and certain aspects of the story which make a person think.