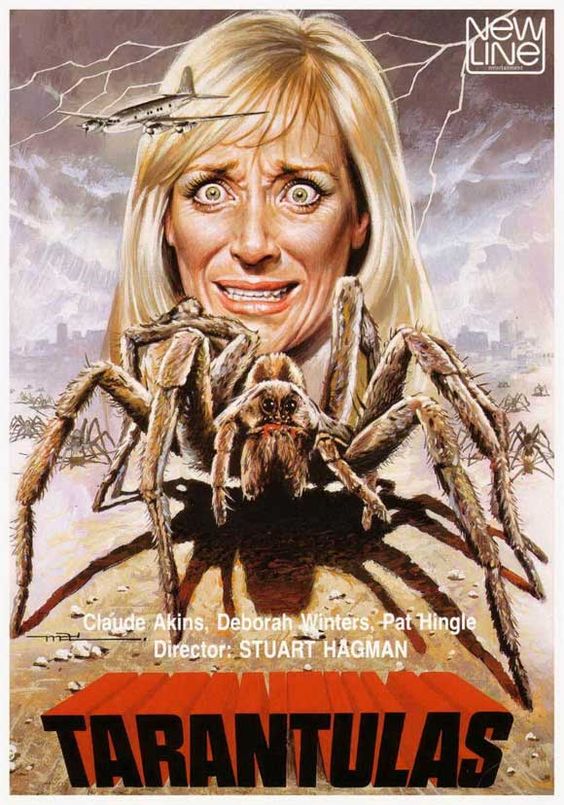 A plane carrying a payload of Ecuadorian coffee beans bound for the US, plunges into a field in the struggling town of Finleyville. When rescuers discover that two survivors appear to be afflicted by a deadly plague-like condition, the townspeople are quick to respond to the threat. It takes the tenacity of local GP (Hingle) and occupation unknown jack-of-all trades (Frank) and his girlfriend (Winters) to determine that the mysterious deaths are attributed to a particularly toxic breed of Tarantulas that have stowed away on the doomed flight. Director Haggman applies a very matter-of-fact treatment to this above average thriller, with great attention to detail and a well paced continuity that builds to a satisfying climax.

A capable cast of familiar faces portray likable characters, who band together to solve their own problems and save the town from socioeconomic devastation, proving that necessity is the mother of all invention. Frank is an affable leading man well supported by durable character actors like Akins, Hingle and Remsen in sizeable supporting roles. John Harkins also has a key cameo identifying the aggressive arachnids as the most venomous of their species, sending the town into a virtual state of emergency. Mature, intelligent dialogue is sometimes too functional, but realistic and well delivered. It’s just a pity that the rather vapid climax wasn’t more rousing, as the impetus was there throughout the movie for a satisfying resolution.

There’s an absence of smoke and mirrors to this small screen production that rejects the temptation to sensationalise the subject matter, focusing instead on the logical and convincing storytelling that saw this minor matinée nominated for two Emmy awards. Overall, while there’s the obvious constraints of a television scale, and a curiously inapt jazz soundtrack bookends, this remains a taut, mature, well conceived little critter of a spider movie, and well worth a look.