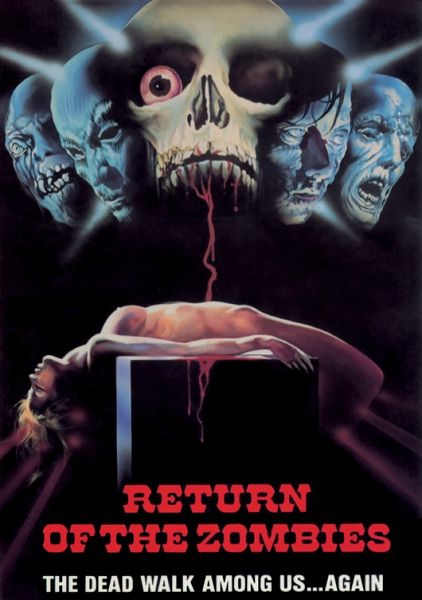 Paul Naschy (born Jacinto Molina Alvarez) was a fixture in Spanish Horror-as far as actor’s go, he was that countries Karloff. So when he died in late 2009, he left behind a vast array of work that has maintained a cult following-“Night of the Werewolf”, “Blue Eyes of a Broken Doll”, “Count Dracula’s Great Love”-to name a few. While I mentioned his passing in my review of “Premutos”, looking back, I should have written a review of one of his movies instead of that movie. So without further ado, here’s a look at the Italian-Spanish production “The Hanging Woman”, in which he played a hunchback.

Serge Chekov (Stelvio Riso) is a swinging 70’s kinda guy whose come to Scotland to gain an inheritance. In between sexing up the ladies, he runs into the hanging corpse of a lady. Soon, events revolving around a satanic coven, mad science, murder, zombies roaming the graveyard, and Igor (Naschy), who also happens to be a necrophiliac.

Though Naschy only has a supporting role, “The Hanging Woman” is still quite a treat of 70’s style Gothic Horror. In fact, much of the film is quite reminiscent of the 70’s era Hammer output, with its emphasis on fog drenched atmosphere, Gothic locales and low key exploitation elements such as nudity and some minor gore. The movie itself is quite capably directed by capably directed by José Luis Merino, who offers a nice mix of eerie moments with ones that range from tasteless (Chekov’s treatment of women, Igor’s um…kinks) with ones that just outright daffy (the reason the dead are walking could have come from one of those old 1940’s quickies.) That’s part of what makes the whole thing so much fun-sure, it feels a bit familiar at times, but the familiarity helps the movie instead of hindering it. Also worthy of mention is the undertone of black humor that permeates the proceedings. While the movie would never be mistaken for a comedy, scenes involving characters such as a horny witch are clearly done with tongue planted firmly in cheek.

Which brings me back to Naschy. While I mentioned he doesn’t have a huge role, fans of his should still love this. Here, he manages to bring all kids of baggage with Igor-insecurity at one moment, to moments that bring forth revulsion the next-with ease. It’s easy to see why folks such as myself hold him to such esteem, as he was able to take such characters and make them his own. Such a role and performance is a testament to his talents as an actor.

If there are any problems, it would be that apart from the more eccentric characters (particularly Igor), nobody here is all that interesting. Chekov is just your typical chauvinistic jerk who doesn’t have many redeeming qualities, whilst Doris (Dianik Zurakowska) is yet another damsel in distress character. A bit more thought into some of the characters would have helped.

That out of the way, fans of Paul Naschy and European Horror fare will certainly find a lot to enjoy here. If that’s your cup of tea, then check it out.