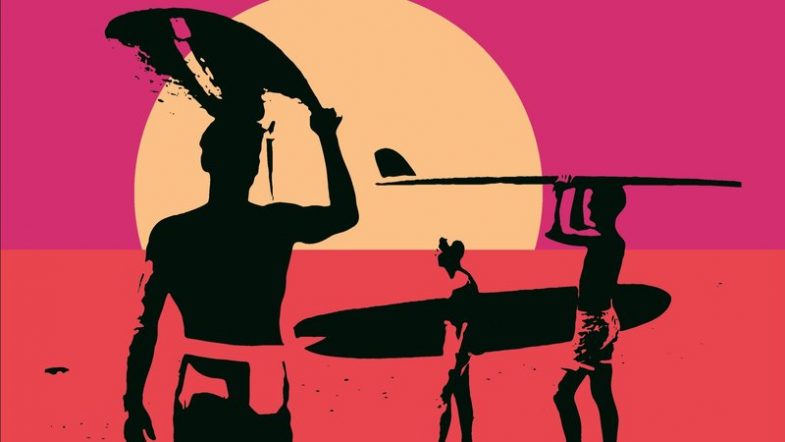 It is 6:00 PM July 16th 1982, I just finished my summer job and am standing in front of the Palace Theater with friends to go see “Raiders Of The Lost Ark”. It is the thick of the summer movie season, one great movie after another is being released. I have been waiting for “Raiders” for over a year. I am in a line with a couple hundred of other movie fans; and we are all deeply anticipating what the folks who brought us “Star Wars” and “Close Encounter of a Third Kind” will be sharing with us. A summer wind breezes by the theater offering us some relief from the heat.

At 6:30 PM, they let us in, we immediately find our seats and then head out to the concession stand. It was a summer of movies and that meant summer was good.

This week it was heralded that Avenger: Endgame overtook Avatar as the highest-grossing movie of all time. But the title of the highest-grossing film is far from accurate. In order to truly present an accurate picture must include prices of movie theater tickets or the general effect of economic inflation. Comscore the media analytics company was hired by CNBC to calculate the top 10 highest-grossing movies in the U.S. when ticket price changes and inflation are taken into account. Taking into account these factors, Endgame did not even make the top ten. Gone With The Wind is ahead by almost a billion dollars compared to it’s nearest Marvel competitor.

2019 was going to be great. Sequels with titles like “Secret Life Of Pets”, “Men in Black” and “Godzilla” were going to ignite the box office. Sequels began to fall flat, to run out of gas. Our friend at Comscore has put the box office year 2019, a frightening almost 10% behind 2018. The summer itself as a season has fallen behind by 7%. The movies fell flat because for the most part they just were not very good. Again Hollywood stumbled by forgetting the audience as a whole, no matter what they think is still pretty savvy. Hollywood is not giving audiences, all audiences a compelling reason to go to the movies.

What is deeply concerning to me, while not very surprising is that in the first six months of 2019 is being reported that some players are seeing a reduction in the independent market in some cases by 30%, movies like “Late Night” and “Midsommar”. Midsommar was touted as being a taunt horror movie which would set the box office on fire, It did 23 million. Now frankly there was little or no campaign for the movie and the campaign that existed was odd.

Much to the pain of theaters, the biggest title with the biggest “wanna see” was “Stranger Things”.

An analyst with the firm MKM Partners Eric Handler, feels that 2019 will have a great third and fourth quarters, a quarter that will place 2019 on par with 2018. A lot of that will have to do with the release of “The Rise Of Skywalker” and “IT:2”, but in the same report he also states that the picture for 2020 looks soft and not very rosy,

Not surprisingly Disney has garnered 40% of the box office take. This year it has earned nearly 200% of what it’s rival Warner Brothers has. With its acquisition of Fox, it will further heighten its box office take. The polarization of the economics of this industry by Disney is a dangerous one, Missteps from a faulty Disney administration could send the exhibition industry in a tailspin that it would have a hard time recovering from.

Stocks for exhibitors are in a bit of a wild ride. AMC had a stock high of $21, right now it is at $11 with a year low close to $9. Cineworld’s stock is volatile, to say the least.

What is curious is that studios seem to be manipulating releases to take away from both the summer and the Christmas release schedule. Movie release patterns are being eroded purposefully and that is depleting a lot of synergy from the market. The summer releases were supposed to explode and to release a huge amount of excitement into the market. That excitement would carry the industry forward on an exuberant wave. Now it looks like the studios are working backward as a result of streaming and in the process stifling the theatrical business as a whole.

I feel strongly that the theatrical experience at the very least is subjected to parental neglect as the studios look towards streaming as their golden goose. Comcast, Disney, and Warners are expending vast resources to the launching of their streaming services. There is a further sense of urgency by those people desperation which has been fueled by the poor summer box office. The ironic thing is that the same people who are in a panic are the ones who created the market conditions in the first place.

The studios are concerned. They are not taking the blame, but they are concerned. There is now a movement in the distribution side of the theatrical industry to look at a different model for releasing pictures. Studios in their wisdom are considering charging different prices for different movies. Avengers; Endgame ticket would be more and the latest Melissa McCarthy movie would be less. The Studios are telling the tale that on discount Tuesdays lower profiles movies do more business because at the discounted price moviegoers are seeing value in that title.

I walked out of the Plaza theater, elated by what I had just seen unfold on the big screen, Raider did not disappoint. The light of day was beginning to dwindle, the heat still reflected off the pavement as I walked back to where I had parked my car and I started to get excited by what was being released next week. My friends and I looked out on the sunset and the buildings around us glowed in the reflection of that sunset. It was summer and that meant movies.