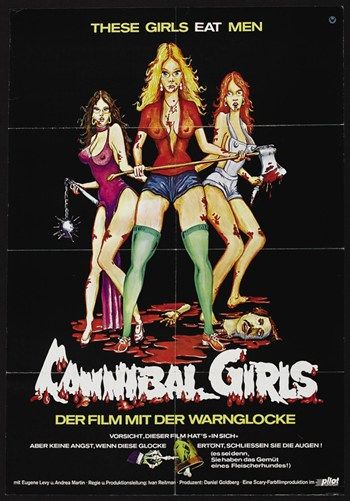 David Cronenberg said he was the first man to make a horror film in Canada, but I think this was made first. (unless it wasn’t considered a horror film). SCTV’s Eugene Levy and Andrea Martin star as couple who goes to a small town filled with strange people who turns out to be cannibals. The film is low on horror and dead on comedy. American International Pictures didn’t know what to do with this film, so they tacked in a door bell sound to warn the viewers of all the shock scenes. (would be shock scenes is more like it). Siskel & Ebert gave this film “The Dog of the Week” back in 1980. Reitman second directional effort is a misfire to horror fans, but it’s an intresting film looking back at it now.