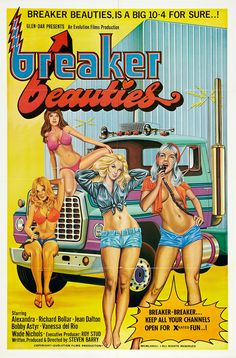 R. Bolla (his handle: Big Bear) and Wade Nichols are the definitely not Southern types cast as truckers whose misadventures are fairly interesting by genre standards. Much of the action takes place in and around Big Mama’s bar The Pit where country music acts play, giving the show a “real film” aspect (including the appearance of a Johnny Cash imitator).

But it is the sex that matters, as girls ranging from Jean Dalton (as “Floretta Flynn”), Crystal Sync and Veri Knotty to Vanessa Del Rio and Sharon Mitchell handles those chores well.