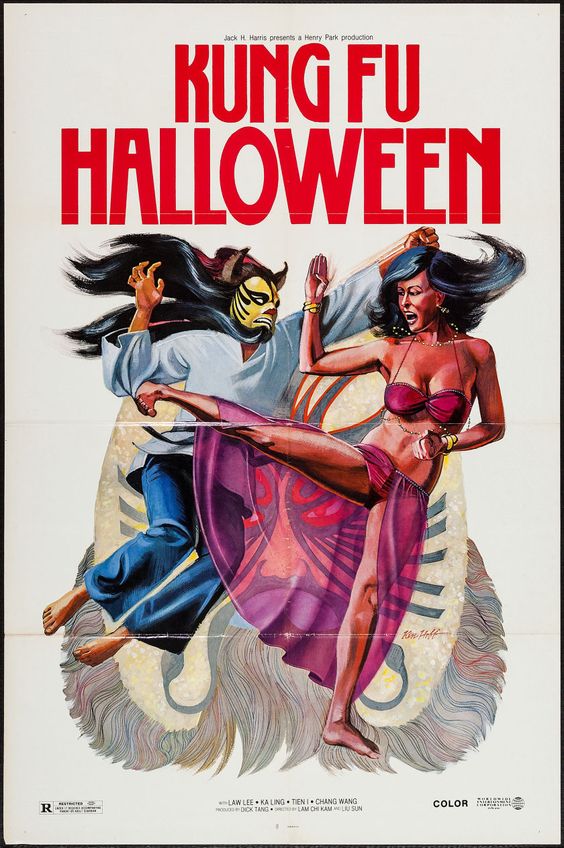 THE FIGHT FOR SHAOLIN TAMO MYSTIQUE is an odd little martial arts film, shot in Taiwan. The script incorporates lots of little fantastic touches that don’t really work very well on what is clearly a low budget, but somehow add to the experience anyway. The story is about a female fighter, played by Polly Shan, who is taken in by a wise old master and trained in the way of the martial arts so that she can battle some evil villains.

It’s predictable and rather slapdash stuff, too cheap to make much of an impact. The fight scenes are okay and enlivened by the touch of weirdness which reminded me of MASTER OF THE FLYING GUILLOTINE. Shan has the ability to stretch her limbs which makes for arresting viewing and is covered in tattoos at one point so that she looks like one of those female dealers in a Yakuza gambling den. A lot of the film is preoccupied with her training in a weird underground temple where she battles odd fighters. This part reminded me of the likes of Joseph Kuo’s 18 BRONZE MEN. The bit where she has to lift a metal brazier is quite remarkable as well. The final fight scene is undistinguished but mildly fun.