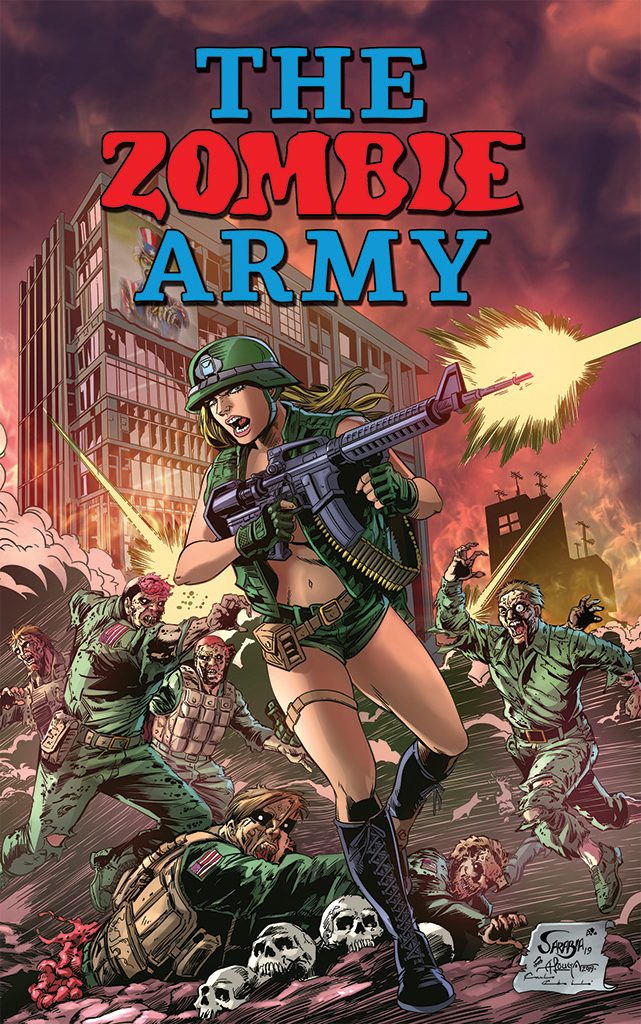 Phantom Pain Films is pleased to announce the release of the 1991 splatter-filled shot-on-video undead military treasure The Zombie Army on August 30th, where it will simultaneously premiere in theaters, make its VOD debut for purchase and be available to own in a new limited edition VHS release.

In The Zombie Army, the Pentagon brass have a problem. They bought a former insane asylum to use as a base for an elite female military unit but didn’t expect two of the most psychotic inmates to still be there! The two freaks start wreaking havoc on the Army by capturing soldiers and turning them into mindless zombies. Trapped in the tunnels under the old asylum, the soldiers must invent weapons to destroy the living dead!

The Zombie Army will see its theatrical premiere as part of VHStival, presented by Alamo Drafthouse in association with Lunchmeat VHS, after being remastered and restored using newly discovered video elements. “It’s an exemplary piece of ultra-independent, low-budget gut-chomping glory!” Lunchmeat creater Josh Schafer had to say about the movie’s inclusion, “Really, this movie is just so much fun, and I thought it was the perfect way to rewind down the first night of VHStival.”

This remastered edition will also be available for digital purchase and rental on Amazon Video, Google Play, YouTube, and Vimeo. The new limited edition VHS comes in a clamshell case on a zombie-green tape with reversible artwork. Both the infamous original box art of a zombie-fied Uncle Sam, and new eye popping artwork from artists Alex Sarabia, Arturo Louga and Carlo Chable are featured in this release.

Filmed in 1989 on a homemade soundstage in Newark, Delaware and at an actual former insane asylum in Pennsylvania, the movie was released on VHS in 1991 by legendary cult label Video Outlaw. Out of print for 27 years, it has become a highly coveted tape to VHS collectors and found numerous appreciators in the underground horror community. Described by producer John Kalinowski as, “the first zombie combat rock music video”, The Zombie Army has been lauded as, “…the first – and only – feminist SOV zombie movie.” by Bleeding Skull! and was featured on the sites best films of the year list in 2016.

The Zombie Army plays August 30 at 11pm as part of VHStival at the Alamo Drafthouse Raleigh. It will be available for digital purchase and rental on Amazon Video, Google Play, YouTube, and Vimeo. Copies of the limited edition VHS will be available to buy at VHStival as well as on PhantomPainFilms.com.