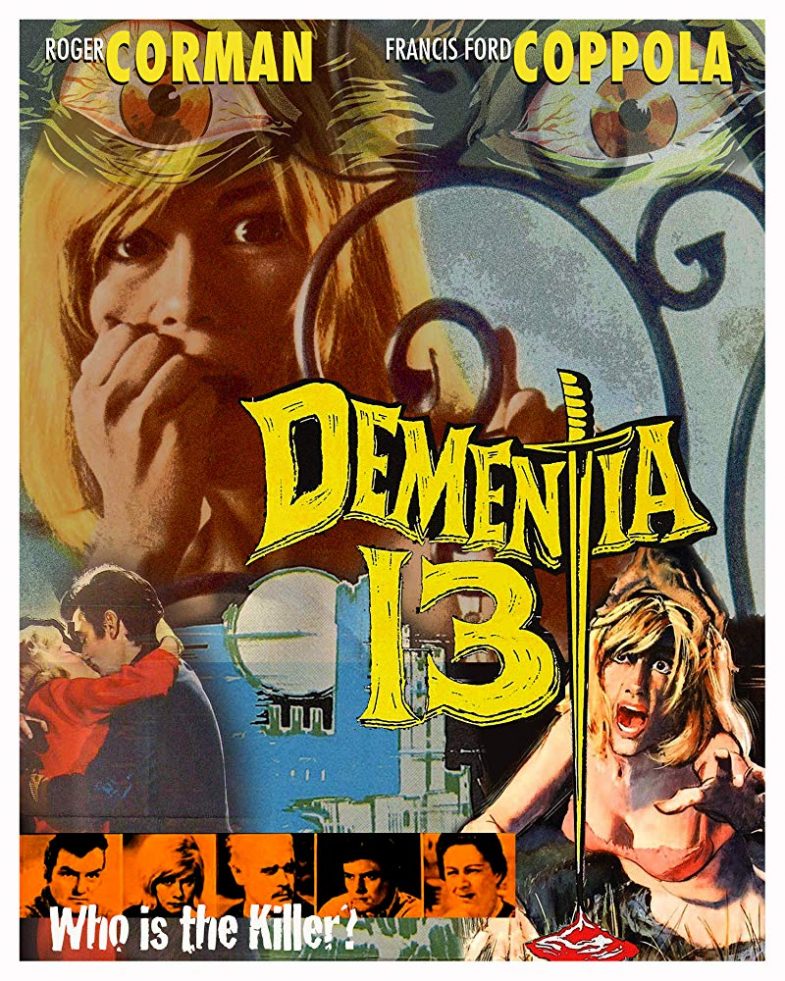 When Alfred Hitchcock’s Marion Crane (of “Psycho”) stepped into the shower and met her fate, it kicked off a slew of stark, grisly chillers about nutcases, often wielding butcher knives or axes. This entry has the distinction of being one of Coppola’s earliest directorial efforts and it is clearly influenced by Hitchcock, though without his budget or seasoned mastery. Anders plays a rather nagging wife who is visiting her husband’s ancestral castle with him just in time to “celebrate” the anniversary of his kid sister’s funeral. He, his two brothers and his mother gather annually to pay tribute to the little girl who was drowned on the premises years before. One brother (Campbell) is an angry sculptor with an American fiancee (Mitchel.) The other (Patton) is a gentle, sort of shy type. The mother (Dunne) can’t get past the death of her daughter and faints on cue each year at the ceremony. Not long into the film, one death sets off a chain of events that unleashes a couple of other ones to where no one at the castle is safe and the audience is often not certain who the mad killer is (though veteran fans of horror/suspense shouldn’t have that much trouble figuring it out.) The film is far from perfect, but given the unbelievable budgetary and filming restraints, it does manage to conjure up some creeps and story interest. The only part that really drags is the section involving an overly inquisitive doctor (Magee.) Otherwise, there is creativity in the filming of the deaths and a nice sense of atmosphere throughout (even if almost none of these Irish characters has anything resembling an accent!) There are slicker fright films out there, but this one wins points for accomplishing pretty much with precious little to work with.