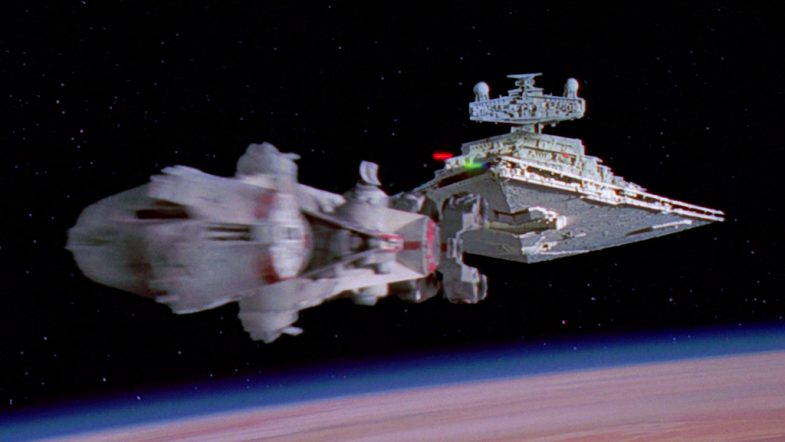 Things change. This week things changed for the movie exhibition industry in a way that will in my estimation force it to re-invent itself in order to maintain its existence. Disney + landed this Tuesday. When it arrived it immediately began to have technical issues, but 10 million people did sign up for the service day one. Many prognosticators chortled at the technical issues that Disney experienced, but like anything that is over-hyped the vultures of internet journalism are all waiting for things or services to stumble in order to yell out I told you so. The service after a couple of hiccups soon was live again.

Be assured though with the amount Disney has riding on this that they will work out any bugs and work them out in very quick fashion.

What is interesting though is that through some rather intriguing marketing partnerships including one with a year’s free service with Verizon a large percentage of those new subscribers will get the service for nothing. While on reflection while 10 million is a big number, I do not know if it is big enough. There seems to be on a subterranean level a wait and see perspective. The streaming world is getting crowded and the markets available are getting slimmer.

Right now, it is not a money game for Disney, but a numbers game. Disney knew that demand would be hard it worked to ensure it. The subscription price is low, lower if you include ESPN and HULA. A little bit of simple math tells us that for the foreseeable future this service with run a deep deficit for Disney. For me, it is rather bittersweet to see “Mary Poppins” and “Sound of Music” alongside the plethora of “Avengers” titles. What really betrayed what streaming is really all about to the consumer is after the Disney Star Wars “The Mandolorian” “The Simpsons” was the second trending item on the Disney menu. This ties into the rea1ization that on Netflix old television series do much better than the original program offerings that are offered. Much better.

As an aside, I am baffled why Fathom Events is releasing the “Friends” Thanksgiving episode in the theaters. Not only is this blurring the lines between streaming, traditional television and theatrical exhibition it is a commercial for the streaming re-launch of “Friends”. A lot of what this company does is baffling to me and seem counterproductive to the well being of the movie-going experience.

Disney has a high mountain to climb, but it will probably reach the streaming summit because essentially the base strength of its brand coupled with its spending huge amounts of money on both customer acquisition and original program creation.

Here’s a breakdown of subscribers’ competitive and or complimentary streaming services to Disney.

If I was Disney, I would be concerned about the lack of traction of ESPN. The day in and day out the winner on cable television ESPN is not a success on streaming at all. This is the prime reason why they are bundling it with Disney +. It also alludes to the potential for failure of Disney’s streaming strategy.

With the launch of Disney, much-beloved franchises it owns have ceased to exist in the world of the tentpole and have migrated to the lesser neighborhood of commodity-based entertainment. “The Mandolorian” although heralded by many, if it were not for the imagery pulled from the initial 3 Star Wars movies, “The Mandolorian” would be an empty vessel. The second episode was weak, and in its conception and execution totally derivative. I imagine the streaming series from the Marvel universe will exhibit similar traits.

What is interesting though is that all the truly successful offerings that the streaming services all have one rope that tethers them to success, nostalgia. Audiences want what was, they want what they perceived as both entertaining and good. Shows like “Stranger Things” owe its success by firmly placing itself in the bosom of 80’s cinema. It is the same reason why older television series like “The Simpsons” and “Friends” are the highest viewed properties on streaming services. It is in that fact that I feel lies the true hope for movie theaters. People want what was and they want to share it with the generations that follow them. They want to know what is good again, they want to feel that when they watch something it is special, and it is enduring.

Last night I had the honor of going to “The Historic Artcraft Theatre”. It was a screening of the 2004 British comedy “Love Actually”. The evening was promoted as a Women and Wine Night. In typical Artcraft style, the theater offered an unparalleled night out at the movies in the ultimate nostalgic fashion. Prizes were given away, the National Anthem was played and the audience erupted in laughter when the Looney Tunes cartoon ran. The audience was engaged, dynamic and played an active role in the evening. In between the hype and the hoopla of Disney +, “The Historic Artcraft Theatre” arose, and displayed movie-going at its finest.

515 people bought tickets to this show last night. 515 people who on a chilly Indiana November evening chose to go to the movies rather than stay home and watch Disney +. What is even more reassuring is that the team at the Artcraft is set to do it again this evening for “Lethal Weapon”. This time it is for the male-centric “Brew and View” night. I suspect the audience will be much more sedate than last evening, a large audience of women infused with wine has a level of danger to it. Again, I will say as many times as I can, primarily to drive home a crucial point. “The Historic Artcraft Theatre” does community-based movie theaters better than anyone else in North America, the showmanship exhibited by Rob Shilts and his teams is a throwback, it is engaging and it provides their audiences with the nostalgia fix that they crave. I have often thought that Rob should offer a course on showmanship and on community engagement. His perspective is much needed by this industry.

Disney + will proceed on its course of action. The fact is that if movie theaters intend to survive, they must look deeply at the nostalgia factor. They must take a page from the Artcraft playbook and make it work for their community.

Make what was old new again and make it work for you.