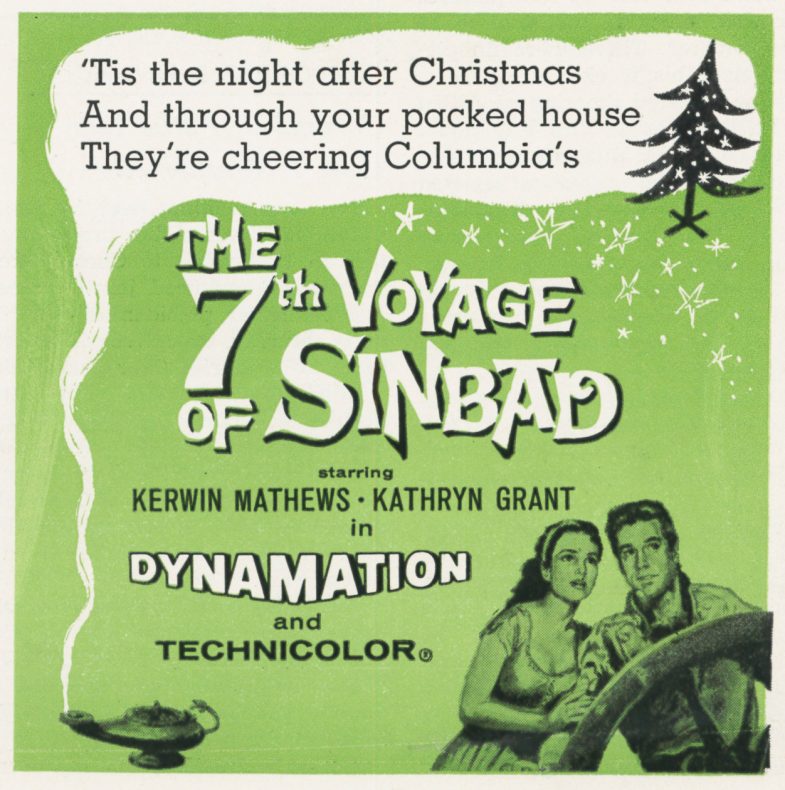 Captain Sinbad must save a miniature princess and the peace between two kingdoms in this monumental adventure film from producer Charles Schneer and director Nathan Juran. Sinbad must get the shell of the legendary Roc’s egg on Colossa Island as an ingredient for evil magician Sokurah’s potion that will bring the princess back to size. Along the way, we are treated to glimpses of cyclops, a dragon, a fighting skeleton, a snake woman, and some of the greatest stop-motion animation techniques to grace the screen. Ray Harryhausen does a splendid job with his animation and makes this film a true joy to watch. The acting is very good overall; Kerwin Matthews plays a very agile and affable Sinbad, Richard Eyer(from The Invisible Boy) plays a sad genie, and Torin Thatcher is superb as the villainous magician bent on supreme power. A magical voyage indeed!