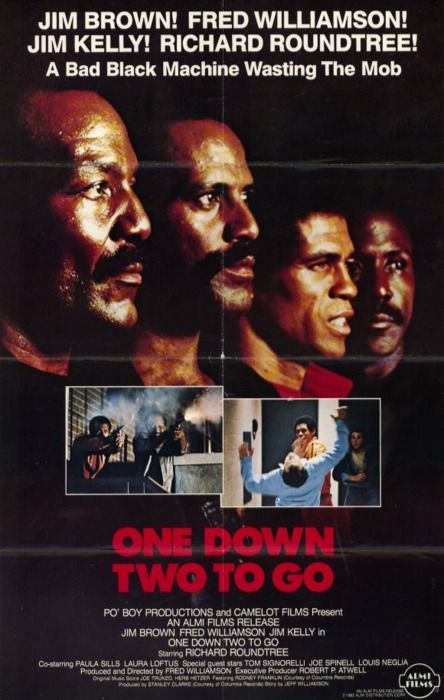 I did not realize that Fred Williams made another flick which consist of the biggest stars of Blaxploitation. but unlike Original Gangsters this movie came out at the height of their careers, which is good because the only reason you would want to see it is because of the black star power.

With a title that sounds like the Sequel to 3 the Hard Way, adding Shaft to the list making 4, the movie starts with martial arts master, Jim Kelly and Richard Roundtree getting into some trouble with dudes who don’t want to pay the money they are owed, and when trouble escalates, they call in their boys Fred the Hammer and Jim Brown to help.

The movie is not much different from 3 the hard way with Jim carrying a big gun and Fred hooking up with some chick. In fact, I mentioned basically every movie these two did in the 1970’s.

What’s lacking is Jim Kelly’s martial arts. Sure nothing can beat the scene in 3 the hard way where somehow his nice boots are replaced with sneakers out of nowhere and he gets into some hard hitting action, but it would be nice if they tried.

This wouldn’t be much of a problem if Shaft was used to his fullest in the film, but he’s not. I guess when you got the Hammer in the directors chair, he’s got no choice but to make super star Jim Brown more than just his back up, but once Fred is on screen it’s his show, make no mistake.

Most of these movies are just like the other, but somehow this movie’s quantity is a little under, despite the large talent pool. Try to Avoid.