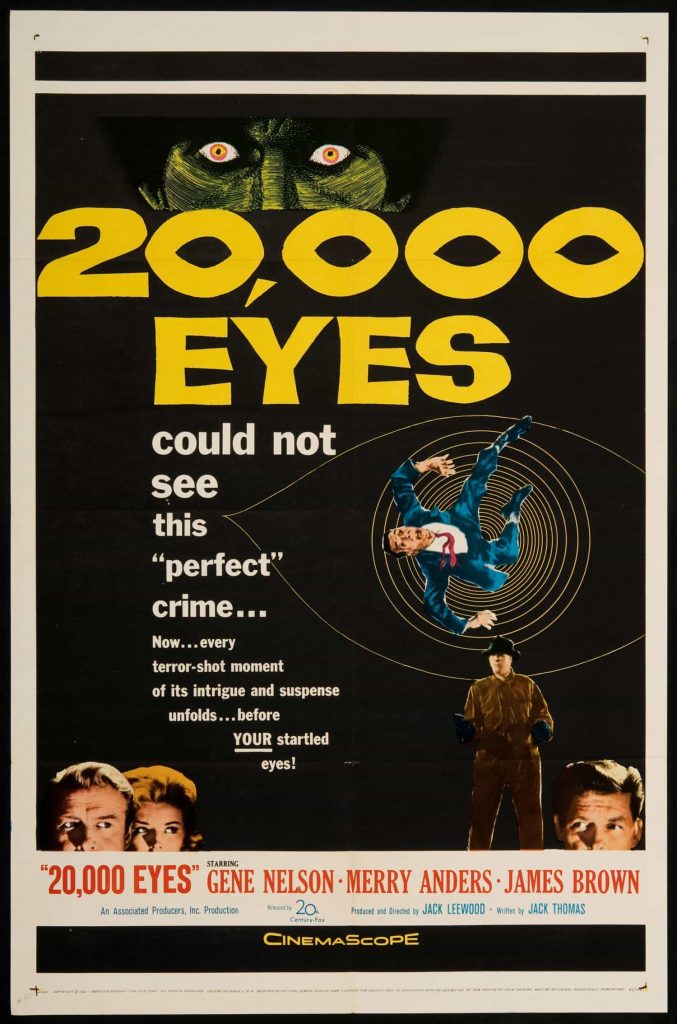 Jack Leewood was a B producer in the 50’s, with no classics. But in 1961, he became director with that dreadful “20000 eyes”, slow-paced and terribly low-budget. In just an hour, many scenes are totally useless trying to reach this hour length, see how long runs the last shot on the sky before we can read “the end”. And that heavy musical score to give speed to all the slow scenes with nothing happening. Just filling all through the movie with a story completely far-fetched. I saw yesterday an hour movie from the same year with low-budget, “Seven Keys”, that one was real fast-paced and totally inventive from the first frame to the last one.