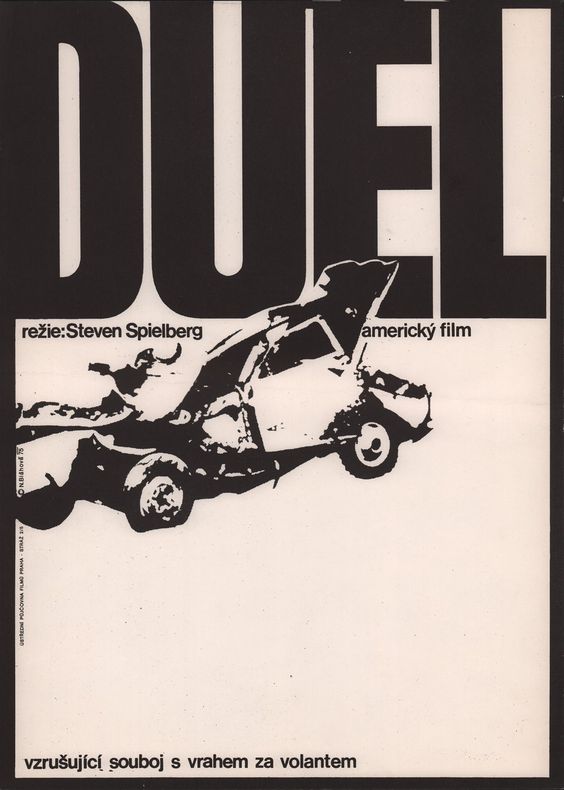 Gleefully sadistic little thriller. Though the young Mr. Spielberg’s hand is evident in many places (the economic storytelling style, the visual wit), the film’s tone probably owes more to screenwriter (and ‘Twilight Zone’ veteran) Richard Matheson. The story has all the itchy paranoia of Matheson’s best work, with Dennis Weaver’s fussy little city man confronted by Tex-Mex suspicion at best, and relentless, illogical horror at worst, as he travels from one oasis of civilization to another for an important meeting. ‘Duel’ is essentially a city-slicker’s nightmare, concentrating collective fears of wilderness and the mad souls who choose to dwell there. But at the same time it lightly satirizes those urbanite attitudes, and Weaver’s Mann is often made to look laughable, with his silly necktie, and his little Plymouth Valiant, and his prissy, civilized approach to his problem. Spielberg revels in the black comic elements of Matheson’s narrative, and the result is the perfect suspense/thriller tone–one never knows whether to laugh or scream. If the story lags a bit towards the end, and if the conclusion is rather a simple one, the film is still a model of economy and tone, and it features one of the most memorable villains in suspense-film history–one that weighs forty tons.