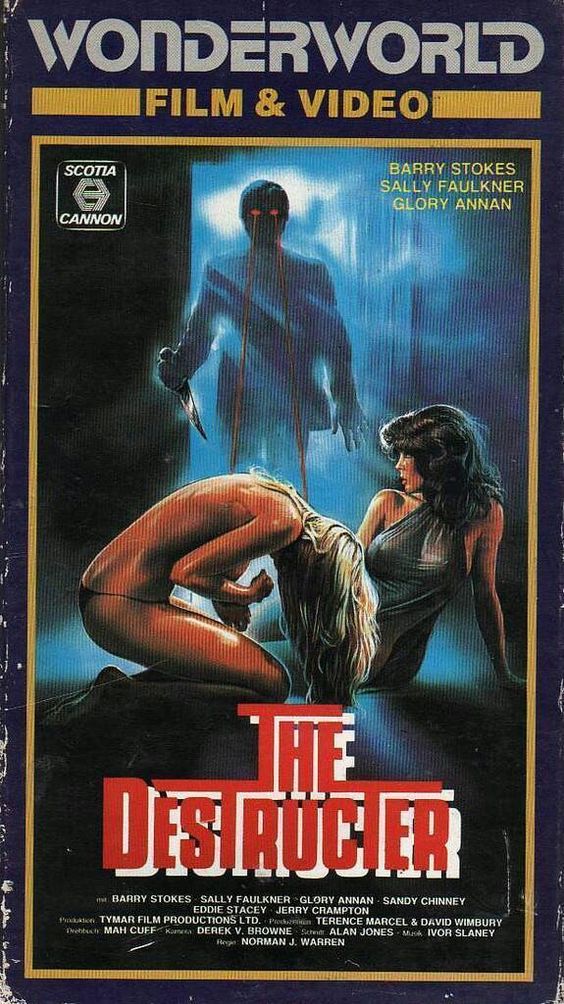 Instantly watchable and delightfully cheap British sci-fi finds a male alien missionary on Earth being taken in as a house-guest by an unsuspecting separatist lesbian couple. The true fanged creature is concealed beneath a stolen body, but occasionally emerges during conflicts and feeding frenzies(and looks a bit like the titular terrors of THE BAT PEOPLE). The decidedly non-vegetarian visitor becomes caught in the middle of the womyns’ peculiar psychodramas and recurring hostilities, and at one point is cross-dressed by them and finds new pleasures in the consumption of champagne….allthewhile drooling over a pet bird they have kept in a hanging cage.

This film, for all its misgivings, remains one of the more “out there” entries in the sci-fi/horror genre…a bad film, to be sure, but one recommendable for its sheer uncommonness. At least they were clearly trying for something altogether different…and they sure did succeed in that task.