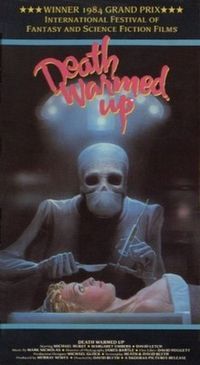 Ten years ago, Michael was hypnotized by a very unstable doctor into killing his own parents. Then he is locked up in the mental institution for it. In the present (or the present time of the movie) Michael, his girlfriend Sandy, and their friends Lucas and Jeannie head to an island for a vacation, where the doctor has moved his work to, and has started a new experiment in reprogramming people’s minds. And Michael wants revenge for what was done to him, planning to kill the doctor. But they still plan to have a fun vacation, too. (I told you the movie was strange.) Anyway, when they get there, they see how the doctor has taken over the island, and then get themselves involved in some risky business to find the doctor, which leads to chases, attacks, and some all-around good scares.