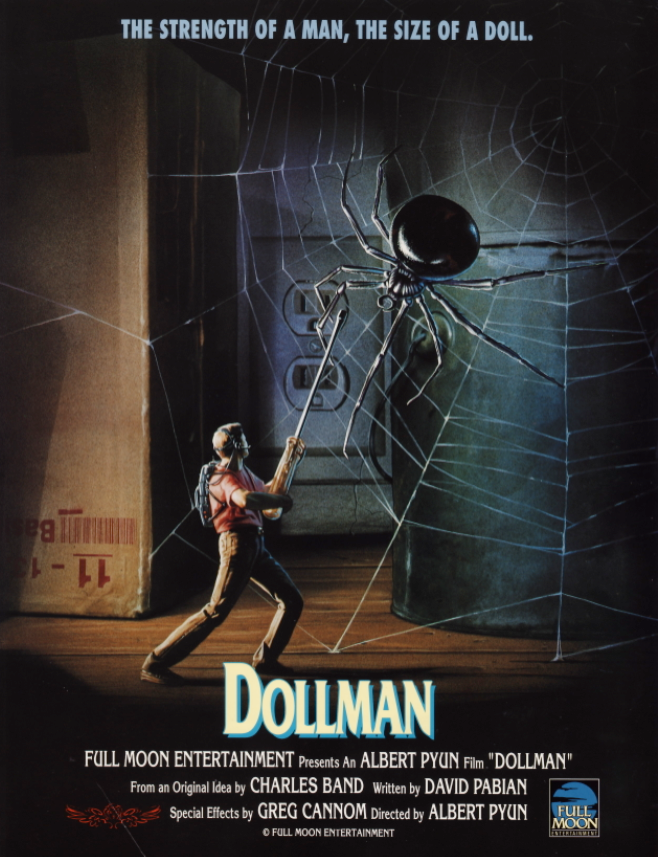 Brick Bardo (Tim Thomerson), a tough cop from the planet Arturus, pursues his evil nemesis Sprug (Frank Collison), a living disembodied head on a flying machine, across the far reaches of space to Earth (the South Bronx, to be precise) where he discovers that, by Earth standards, he is the size of a doll.

But as the saying goes, size doesn’t matter, and after Sprug teams up with the local gang who have been terrorising the neighbourhood, Bardo becomes a miniature Dirty Harry crossed with Paul Kersey from Death Wish III, blowing away the scum and punks with his powerful side-arm.

Dollman is so cheap that it lifts special effects shots from the cheesy 70s/80s TV series ‘Buck Rogers in the 25th Century’, but producer Charles Band and director Albert Pyun are no strangers to movie-making on a shoestring and still manage to provide a reasonably diverting time despite the obvious budgetary limitations.

Early scenes feature some neat full-body explosions, Bardo’s gun being capable of blowing people completely apart; Thomerson puts in a fun performance, delivering his Eastwood influenced one-liners in a suitably gruff manner; and there are some truly daft moments that are just too ridiculous not to enjoy (Bardo’s dive through a window and onto a moving car is hilarious!).