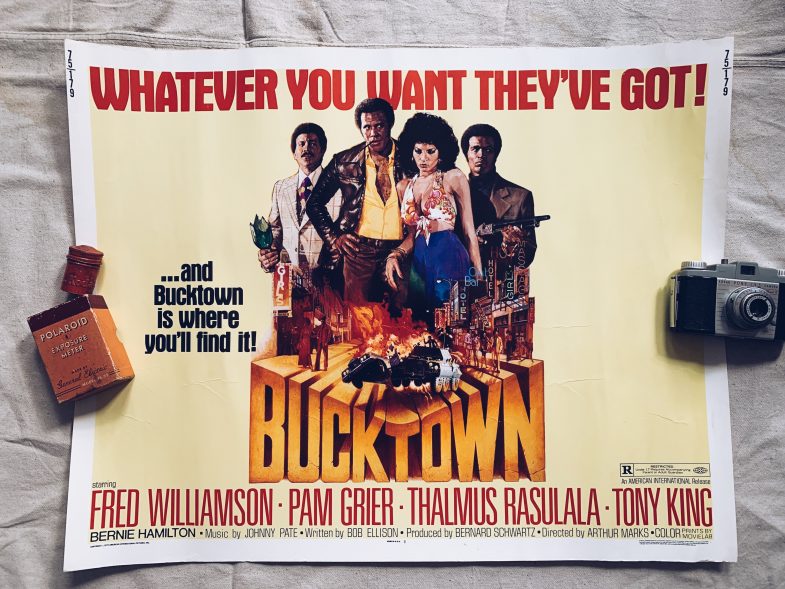 As with almost all blaxploitation films, this one has nudity, violence and a lot of rough language. This is NOT, I repeat, NOT a film for little kids, the easily offended or house pets. Just don’t say I didn’t warn you.

The first half of this film is pretty standard stuff for a Blaxploitation film. Fred Williamson returns home for his brother’s funeral and it’s the first time he’s been there in many years. He’s shocked to see that a bunch of corrupt racist White cops are running the place. Fred is tired of getting the shakedown and hassled, so he brings in some out of town friends to put things right. This is pretty much the same plot as BROTHERHOOD OF DEATH, BOSS *IGGER and even I’M GONNA GET YOU SUCKA. And there aren’t too many surprises as to what happens once this small and determined Black army hits town. However, there’s a lot more to the film than this–taking the film from the usual to the extraordinary.

After the town is saved, slowly the outside “friends” show their true colors. They really aren’t that different from the old cops except that they are actually greedier and more cruel!! In other words, nice guy Fred Williamson is now stuck with having to fight the Black criminals–making this film different. In most Blaxploitation, the good guys and the bad guys are predictable–White power structure is evil and Black folks are almost always good (unless they are pimps or dealers working for Mr. Big). Here, however, the idea that power corrupts is illustrated–making for a more universal and deeper message. Now how Williamson responds ain’t subtle (it’s a lot like Bronson in DEATH WISH 2, 3 or 4) and it’s a bit stupid, but it is entertaining.

In addition to a better than usual plot, this film has an exceptional cast with Williamson, Pam Greer, Carl Weathers and a lot of other familiar faces. While this style film might not be your “cup of tea”, if it is, you can’t find one much better than this.