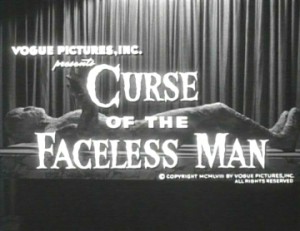 The French director has won a prize at the Cannes Film Festival and been nominated for an Academy Award, but he has a passion for the colorful cut-price end of the cinema market: horror films and thrillers, melodramas and westerns.
Audiard said the original notion for his new feature “Rust and Bone” was to make “a B movie with a star” — the star being France’s Marion Cotillard, whose best-actress Oscar for Edith Piaf biopic “La Vie En Rose” has spawned a Hollywood career.
It’s not a bad description. On one level, the film is an opposites-attract love story, set on the grittier side of the French Riviera, involving Cotillard’s haughty animal trainer and Matthias Schoenaerts’ down-and-out boxer. But the plot twists verge on melodrama. Early in the film Cotillard’s character has her legs bitten off by a killer whale, and Audiard also throws in brutal bare-knuckle fights, a child in peril and scenes scored to a pounding Katy Perry track.
“In the end it’s a very simple story — with some complex elements to it,” Audiard said in an interview at the Cannes Film Festival alongside his screenwriting collaborator Thomas Bidegain. “We take things from life and try to put cinema in them.”
It is, he admits, a risky approach.
“If you get too stylized then it becomes ridiculous, it becomes unbelievable,” said Audiard, as outside, thunder rumbled, unseasonable rain pounded the Croisette and a stiff wind whipped up a gray Mediterranean. “If you stick to reality you end up with a documentary approach and it can be boring.”
The balance of gritty subject matter and cinematic flourish gives Audiard’s films a flavor unlike those of any other filmmaker.
His 2005 film “The Beat That My Heart Skipped,” about a man torn between crime and music, was a deft French update of the 1978 Harvey Keitel vehicle film “Fingers.” ”A Prophet,” which won Cannes’ second-place Grand Prize in 2009, was a blend of tough prison drama and little-guy-makes-good story that was nominated for the foreign language Oscar.
Looking like a dapper academic with his trademark trilby hat and pipe, Audiard cited film fanatic’s range of influences — from 1960s Brazilian director Glauber Rocha to 1950s thriller “The Night of the Hunter” and Tod Browning’s 1930s sideshow shocker “Freaks.”
Bidegain, who also worked on “A Prophet,” chimed in to call “Rust and Bone” “‘Terms of Endearment’ meets ‘Freaks.'”
“Rust and Bone” grew from a desire to make a movie about the economic crisis, and was loosely adapted from a book of short stories by Canadian writer Craig Davidson — with their California setting replaced by the Cote d’Azur.
Audiard said the power of B movies — from 1930s horror films to 1940s film noir thrillers — is that they said something about the crisis-ridden world around them.
It’s an element he finds lacking in a lot of films now that the world is in crisis again.
“If you look at American studios, the big productions have nothing to do with reality,” he said.
“We are just French filmmakers, but seen from here, things need to move. You have to find niches where you can put yourself, points of view from which you can see the world changing.”
“Rust and Bone” has been well received at Cannes, where it is one of 22 films competing for the top prize, the Palme d’Or. There has been near-universal praise for the performances of Schoenaerts — the beefy Belgian star of Oscar-nominated cattle drama “Bullhead” — and Cotillard.
Audiard said Cotillard was the obvious choice for the role.
“She’s an actress I’d seen in ‘La Vie En Rose,’ and I really liked her,” he said. “I was very impressed by her masculinity, somehow, her toughness.”
Her star quality also gave the film an edge.
“It’s an interesting thing to cut off the legs of a star,” the director said. “The higher they are, the better they fall.”
Audiard’s films can take years to go from conception to completion — “Rust and Bone” was in the works for three years and was completed just days before its Cannes premiere. He says it’s too soon to talk about his next project.
But he has an idea.
“I really would love to do a musical about drug and arms trafficking,” he said, a touch wistfully, turning to Bidegain. “We have to do it.”