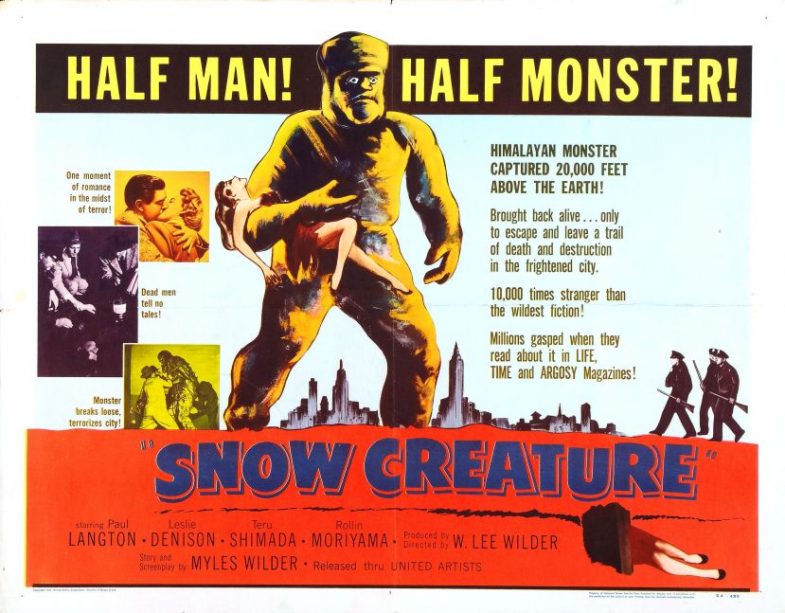 Some of the Himalayan scenes are interesting. There is a conflict as to who is running the show. It’s typical of Westerners to try to run roughshod over their “inferiors.” Anyway, the Yeti is out there and if we bring him (or her) back, we can make a bundle. Everything works out pretty well and they order his refrigerated box. The problem is the customs guys don’t know whether he’s human or not. In most respects he is. He lives in a family setting. He has tools. He walks upright and is built pretty much like most homo sapiens. What are his rights? Nobody says anything about just barging into his domain and killing off his family. So, like every good monster movie (or bad one), the “guy” gets loose in the city and wastes a couple of people. What should he do? He’s trying to survive. While there are issues that keep this interesting, it doesn’t sustain itself very well. There are unanswered questions that are forgotten as soon as the Yeti escapes from his box. A film with some courage might have gone beyond what it does, but money or talent got in the way. The monster looks pretty much like a man with a beard (we never get a good look at him in daylight).