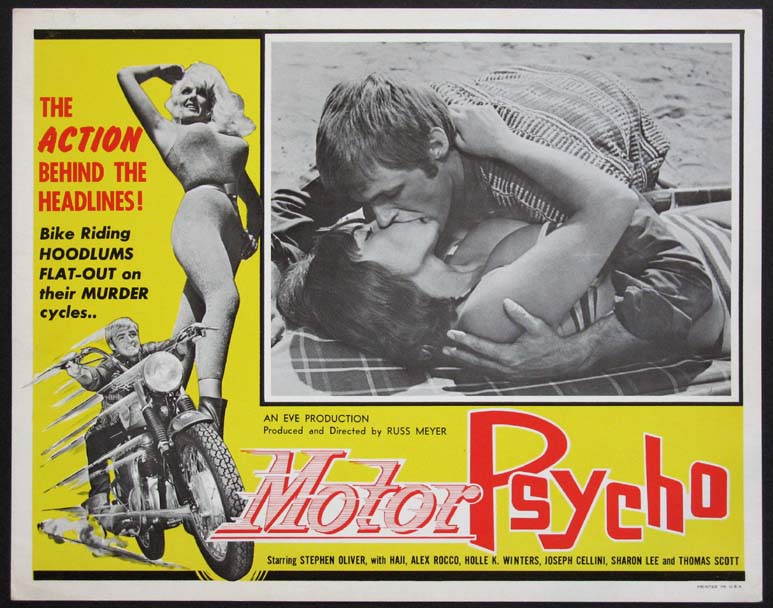 Motor Psycho is pretty much your typical Russ Meyer film, and features all of his trademarks. We’ve got busty women, unlikely characters and over the top violence; and it’s all filmed in stylish black and white. The film is a lot like the slightly earlier masterpiece ‘Faster Pussycat! Kill! Kill!’ in style and execution, although Motor Psycho doesn’t feel as extravagant as that film. The running time is only just over seventy minutes, so the film also feels a little underdeveloped. The plot is rather simple and focuses on a gang of motorcyclists who see fit to rape and torture various women. However, they bite off more than they can chew when they rape a veterinarian’s wife, and he decides to pursue them, along with a woman whose husband was also killed by the gang. Naturally, this film is extremely entertaining, although it doesn’t have a great deal of credibility. There are some really good scenes in the film, but unfortunately; there are also some ‘not so good’ ones, which bring the whole piece down. Still, this is a more than decent way to spend your time, and if you like Russ Meyer; I’m sure you won’t have a problem with this.