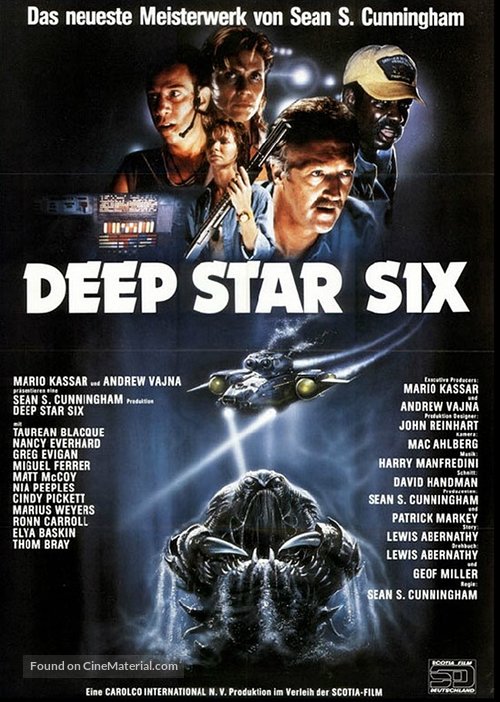 It may not be an incredible, immortal masterpiece – I do have to admit it is second to The Abyss – but this is definitely a good movie in virtually every way. For the last fifteen years I’ve owned a VHS tape of it recorded from a laser-disc version, and seen it loads of times. Today I got the Region 2 Widescreen DVD, and I was once again confirmed in my opinion that this is a fine movie. It is underwater sci-fi horror, and one of several such movies from the era, but except that it doesn’t have the clout, effects wizardry and budget of a James Cameron attached to it, it manages to be an extremely well-crafted production none the less.

The actors are great. Every one of them have absolutely unique and realistic character traits and the dynamism between the crew is superbly entertaining. Nancy Everhard as a soft-spoken female navy seal is played with humble sincerity and feminine sensitivity, making for a very realistic package. Nia Peeples is the sexiest thing you ever saw, and the one whose intuition foresees the whole thing. Miguel Ferrer is even more obnoxious here than in Twin Peaks, yet also profoundly pitiable. Everybody gives an amazingly human and believable performance, and the action and production values are overall perfectly adequate and effective, succeeding entirely in suspending the viewer’s disbelief.