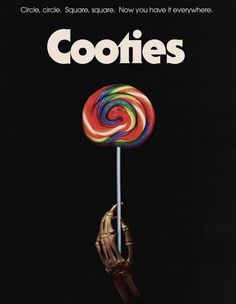 First off the main thing that killed my buzz with this was how unlikable Elijah Wood’s character was, I get that they were doing this on purpose but the scenes with him in them just made me get more and more irritated with his character. It’s not that Wood did a bad job or anything, it’s just that some of the lines that were written for his character were almost cringe worthy bad. That character however was more than made up for by how awesome Rainn Wilson’s character was, some of his lines were gold.

A lot of the jokes were great, I found myself laughing out loud multiple times, but some of them just fell short and didn’t really work at all. For the most part though the humor works well and helps to move along the movie. I think the main thing that really kept this movie from being great is that the Horror concept of it kind of gets put on the back burner to the comedy in too many scenes. I really wish they would have thrown more horror elements in. There are far too many scenes of the survivors just sitting in various rooms of the school trading mediocre-pretty decent dialogue.

Overall this wasn’t bad, in fact it was a good movie. I was entertained and had a fun time watching it. But it could have used a bit more gore and horror and a little less mediocre jokes. Still a good ride though.