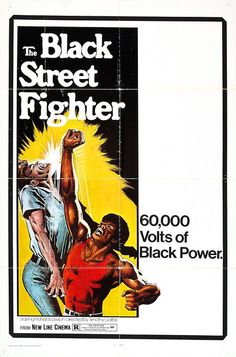 A black guy from L.A. becomes a prize fighter for the mob. After an initial good working relationship, he becomes unhappy when he learns they are exploiting him. He leaves their organisation but the gangsters kill his wife in retaliation, resulting in him seeking violent revenge.

This Blaxploitation movie seems to have two different versions. The original version, entitled Bogard, was seemingly so ram packed with sex and violence that it attained an X rating, however, the version most readily available nowadays goes under the Black Fist moniker and this one was re-edited down to an R rating and does not seem to contain overly much salacious material. This is the one I myself saw. It seems only fair to say that the original must be the more entertaining of the two versions, as Black Fist is fairly underwhelming stuff on the whole. The story-line is strictly by-the-by and certainly could have done with an injection of more sex and violence! It does have a certain period charm though and will no doubt still be of interest to Blaxploitation aficionados but it’s certainly limited stuff. It does have a somewhat unusual and rushed ending too, which posed more questions than it answered but was at the very least distinctive. Of additional note this film featured a bent cop played by Dabney Coleman, who would later become quite well known for playing the nefarious boss in the comedy film 9 to 5 (1980