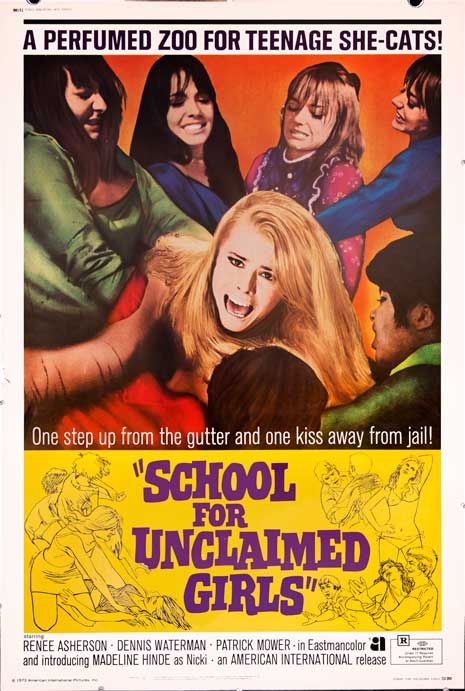 The highly-strung Nicki (Madeleine Hinde) is haunted by guilt over the bloody accidental death of her father years before. Her mother now romances gigolo Harry (Patrick Mower). His attempted sexual assault of Nicki leads to violence then her being thrown into a cushy-looking remand home for attractive young dolly birds. (Nicki has gone into another trance and won’t tell anyone what really happened). Nicki encounters some topless inmates in the shower, a full-frontal flash, lesbian kissing, and probing sessions with the governess (Faith Brook) who is trying to reach the truth. Still haunted by violent visions and fearful of being blamed for a huge brawl in the dorm room, Nicki is easily convinced by Sarah (Maureen Lipman), who has a romantic interest in her, into joining a planned escape.