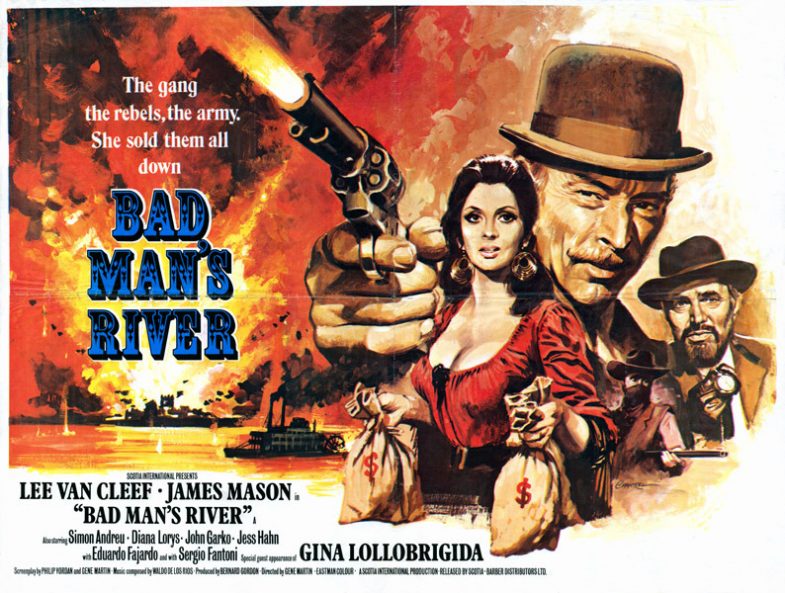 The film deals with the bandit Roy King (Lee Van Cleef) and his band (Gianni Garco, Simon Andreu, Jess Hahn) that are robbing trains and banks along Mexican border . King is deceived by his recent wife (Gina Lollobrigida) and a Mexican revolutionary (Daniel Martin) and offer to collaborate in an attempt to blow up an arsenal for a reward about one million dollars , but he will be double-crossed . The gang will confront the Mexican army commanded by a nasty Mexican general (Eduardo Fajardo) and his underling (Aldo Sambrell) and are besieged in a fort governed by a nutty revolutionary colonel (Sergio Fantoni).

This is an average Western with humor and action . The film is plenty of gunplay , thrills , irony , shoot’em up , comedy with tongue-in-cheek and results to be quite entertaining . The movie gets comic remarks of the spoof Western genre originated on the late decade of the 60s by directors Burt Kennedy and Andrew McLagen and stretch out to Italian Western with the Trinity series (Terence Hill and Spencer). Lee Van Cleef as an outlaw chief is humorous though very old , Gina Lollobrigida is attractive and James Mason finds himself miscast . They are like a hawk , a dove and a vulture ; all circling for the biggest haul in the West . Besides , there appears the usual secondaries , familiar faces as Gianni Garko (Sartana), Eduardo Fajardo (villain in hundred Westerns as Djanjo), Aldo Sambrell (secondary in Leone Westerns), Daniel Martin (For a fistful of dollars) , Ricardo Palacios, Barta Barry , Dan Van Husen and many others . The picture was shot in Almeria (Spain) where during the 60s and 70s were filmed innumerable Spaghetti Western . The motion picture was regularly directed by Eugenio Martin who made among others , terror films (Horror express) and more Spaghetti (The bounty Killer , Requiem for a gringo and Pancho Villa)