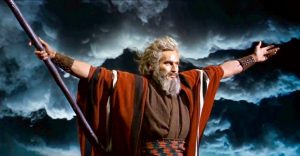 This week marks the 125th anniversary of moviegoing. In 1894, in Paris, French industrialist Antoine Lumière discovers Thomas Edison’s Kinetoscope, a precursor to what we would think of as a peepshow decides that the future of this medium requires a form of projection on a big screen. Antoine’s sons Louis and Auguste removed the strip of film from Edison’s invention and devised the machine to project the film strip. They call their invention a cinematographe, which means “writing the movement” in Greek. This was a device that could both be used as a camera and projector.

On Dec. 28, the Lumiere’s invited an audience to the Salon Indien du Grand Café in Paris. They charged for admission and there were only 33 people in attendance the first night. The word of mouth around the screening was huge and crowds hastened to the Grand Café in order to witness the miracle of “le cinematographe”. The screening featured ten minute long movies, one right after the other. The Lumiere’s would go on to produce over 1500 such movies. Georges Méliès, the innovative magician who would create the first science fiction and fantasy movies was in attendance.

It was in Paris, in December 1894 that cinema was born. The invention of cinema is not just due to the imagination and efforts of the Lumieres. Cinema has many fathers (and mothers) including, Etienne-Jules Marey, Eadweard Muybridge, Emile Raynaud, and grudgingly Thomas Edison.

This event began our passion for and our need for a cinematic tradition in our culture. It is a need that still exists today.

Between the end of the calamity strewn year known as 2020, cinema has died and been reborn many times. I firmly believe that like a phoenix it will crawl out of the ashes that are left as a result of studio malfeasance, real estate greed, and a profound lack of leadership. Humans crave stories, and as a result, humans want the movies.

Over the 125 years of its existence, movies and movie theaters have survived many waves of technology and trends that threatened their extinction. In recent history, television, VHS tapes, DVDs and Blu-rays, and streaming have threatened the theaters, just to name a few. It is kind of fun to read all the absolutists that claim that cinema is dead. It is going to change; oh boy, is it going to change but in one form or the other it will survive. Through all of these worthwhile advances, people continued to leave their homes to watch movies in theaters. From 2010, the year that saw the rise of streaming, to the beginning of 2020, the number of operating movie theaters in the USA remained the same, going from 5,773 to 5,798. The number of ticket sales dropped by 7 percent, from about 1.33 billion to about 1.24 billion. One of the big problems is that the number of tickets sold were concentrated on a fewer number of movies.

With the tsunami that was/is COVID movie theaters have been forced to tackle an enemy, they were ill-prepared to deal with. Even after the vaccines have been dispersed there is the legacy of fear that will remain, a legacy which theaters are going to have to struggle with as the pandemic fades into memory.

Allan Reagan, the more than honest head of Flix Brewhouse said the Texas movie circuit which currently operates 10 dine-in cinemas and makes its own beer, is projecting 2022 to be a “more normal year” for its business after Covid-19 vaccinations become broadly available. “The total attendance, based on the traditional curve, might be down 15% to 25% on a permanent basis. That’s the way we’re gaming this out permanently,” Reagan said. I think Allan is right.

During this time of rebuilding, I think it is more than necessary for theater operators to think about the potential re-invention that might be necessary. Theaters within Mall properties are going to find themselves in the deepest risk as consumers perceive Mall environments to be the riskiest. What is fascinating is that the aisle depth and the space to socially distant are the first questions consumers are asking themselves when considering visiting the mall.

Any operator with a large enough lobby and or common area should give serious consideration to evolving into a Cinema Entertainment Center. The need to evolve into an entertainment portal and not just a movie theater has been evident for some time. Realistically, theaters going forward should be limited to six auditoriums, the product output from the major studios cannot sustain megaplexes. Those auditoriums should be re-designed for Augmented Reality, Virtual Reality, and Video Gaming. By utilizing these rising trends it will allow you to attract a wider and younger base of consumers, a necessity after COVID.

This form of reinvention comes with costs and can cost big. Independents must take a serious look at re-inventing as a community theater. We are going to need more arthouses. What we are going to really need is a more defined business model for the drive-ins. The bottom line is that movie-going will still exist, but it is going to be very different.

125 years later, cinema should be celebrated. But the industry of exhibition probably doesn’t want to celebrate, especially when this year has proven to be horrendous for business. Globally, movie theaters have been forced to shut down as governments try to reduce the damage caused by the pandemic. Moviegoers long for the re-opening, they are beginning to remember what true-moving going is.