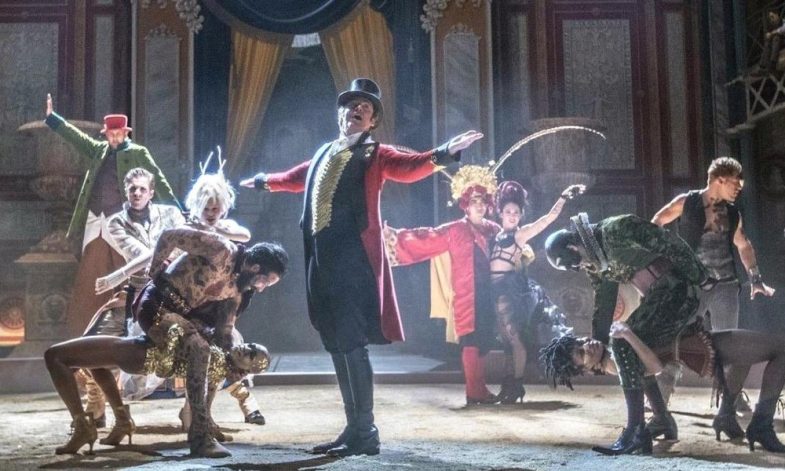 This week the owner/operator of The Family Drive-in, Jim Kopp passed away from the results of COVID-19. Jim was a gentle soul who held a deep lifelong passion for movies and specifically for drive-ins. In the words of his good friend and traveling drive-in maven, Stu Megaw , “Jim was a consummate showman and an even better person who overcame numerous physical and personal challenges. His boundless energy and inspired leadership of the Family Drive-in touched countless friends, families, his peers, and his community. He leaves a huge void to fill.” His passing leaves a profound void on many levels, but the wave of loss that hit his own drive-in and the drive-in community as a whole solidifies Jim as one of the last remaining of a dying breed. Jim Kopp was a showman.

I consider myself very lucky. I have witnessed first-hand the magic that a true showman can bring to a theater and drive-in. I think in many ways a true showman breathes life into a theater, indoor or outdoor and gifts that theater with a sense of their own personality. A showman walks amongst his community and people immediately associate him or her with their theater.

With a showman it is hard to define where they end and the theater begins. It is like the theater sneezes and the showman wipes its nose. It is a symbiotic and profound relationship on many levels. The showmen who exist today are the proud carriers of the flame lit by Charles Jenkins, Rudolf Wagner, Leo-Ernest Ouimet, John Harris and Mitchell Marks, all early innovators of motion picture exhibition.

Showmen come in various shapes and forms. At one time showmen roamed the back roads of Canada and Australia. The idea of a roadshow gave rise to drive-ins. The Nickelodeon’s were launched followed by the movie palaces. Sid Graumann built his Chinese Theater and the theater became as much of a show as the movie that was played.

The 1950’s television began to erode some of the moviegoing habits. Showmen stepped up, promoted dish giveaways and other promotional tactics. On the producing side of the business, showmen like Kroger Babb, K. Gordon Murray and William Castle rose. The legacy of one of these showmen, William Castle still resonates within the halls of cinema.

William Castle, originally William Schloss, was orphaned at the age of 11 and was a natural born scraper. Originally involved in theater on the East Coast in the late 1930’s, a compatriot of Castle received notice that she should return to Germany and work for a Nazi theater festival. Like many Europeans, she had gone to the USA in order to escape Hitler. William Castle sent off a telegram to Adolf Hitler telling him effectively to go pound salt. This action was reported in the New York Times and caught the attention of Harry Cohn, head of Columbia Pictures, and Cohn, a righteous man in his own right, immediately engaged Castle to produce and direct movies.

He was soon frustrated by the restrictions put on him by the studio system and he broke free. He began to produce movies independently. Every movie he made had a specific gimmick from which he could sell the picture.

House on Haunted Hill (1959), filmed in “Emergo”. A skeleton with red lighted eye sockets attached to wire floated over the audience in order to mimic some action on screen when a skeleton rises from a vat of acid and pursues Vincent Price’s more than nasty wife.

The Tingler (1959), filmed in “Percepto” has a title character that is a creature that attaches itself to the human spinal cord. It is activated by fright and can only be destroyed by screaming. Supposedly The Tingler was let loose in the theater and the audience obliged Mr. Castle.

Homicidal (1961). There was a staged movie break with an on screen superimposed on the film’s climax, as the heroine approaches a house in which lies the killer. The audience had 45 seconds to leave and get a full refund if they were too frightened to see the remainder of the film. Only 1 percent took Mr. Castle up on his offer.

Mr. Sardonicus (1961). The audience could vote on the villain’s fate in a “punishment poll” during the climax. Castle appeared on screen and gave the audience two choices, if Mr. Sardonicus should be cured or die. Supposedly no audience ever chose cured (nasty lot), so the alternate ending was never screened.

Zotz! (1962). Each patron was given a “magic” (gold colored, plastic, glow-in-the-dark) coin, the audience members would whip out the coin during certain parts of the movie.

13 Frightened Girls (1963). Castle launched a publicized hunt for the prettiest girls from different countries from around the globe. He filmed slightly different versions, highlighting each girl for the release in her country.

Strait-Jacket (1964). Advised by his financial backers to eliminate gimmicks, Castle hired Joan Crawford to star, who had long since faded and sent her on a promotional tour. Castle could not resist a gimmick so at the last minute he had cardboard axes printed that were handed out to the moviegoers.

I Saw What You Did (1965). Another Joan Crawford movie, this movie was initially promoted using giant plastic telephones, but after a torrent of obscene phone calls and complaints, the phone company put a kaboosh on the use of the phone.

Bug (1975). Castle advertised a million-dollar life insurance policy for the movie’s star, an African Hissing Cockroach by the name of Hercules.

By the way, Castle produced Rosemary’s Baby, the studio would not let him direct. I could only imagine the gimmick if he got to direct. The mind boggles.

The one thing all showmen share is their love and appreciation for the people that come to the movies and lay out their hard earned cash to see it. This is something that the studios have lost sight of and in many way’s exhibitors trained by Hollywood have lost sight of as well. I am lucky I have seen Rob Shilts of The Historic Artcraft Theatre in action, time and time again and I come away from his sense of empathy and affinity with the audience. He commands the stage before the movie and the audience eagerly awaits his pre-show.

I had the pleasure of having an in depth conversation with Jim Kopp during one UDITOA Convention in Florida. It was interesting because it soon became apparent that Jim not only was passionate about operating a drive-in, he was passionate about the people who week after week visited him at the drive-in. You knew that when Jim heard that first exploding kernel of popcorn in his mind, the words blared out “It’s Showtime”…now that’s a showman.

Thanks Jim and safe travels. You will be deeply missed.