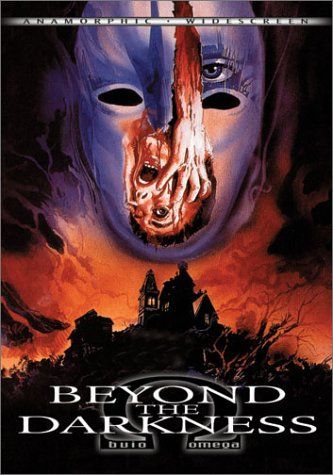 Beyond Darkness is a b horror picture about a haunted house. It’s Poltergeist meets The Exorcist.

A reverend and his unsuspecting family move into a house with mysterious supernatural symptoms. Even more mysterious was why a married Protestant minister was a part of the Catholic Church, but these are details, just a minor technicality! The creepy ambient music was doled out with a heavy hand and it worked. The special effects were on point, and the tone was camp-free.

The acting was what you would want to see in this type of story. The hag and the Catholic exorcist killed it. The minister and his wife, not so much. The writing didn’t make a whole lot of sense. It could have used more development, such as the backstory about the property being built on the sight of a mass witch lynching. The opening scene more than made up for the gaps in the narrative logic. Beyond Darkness is nobody’s classic, but it delivers.