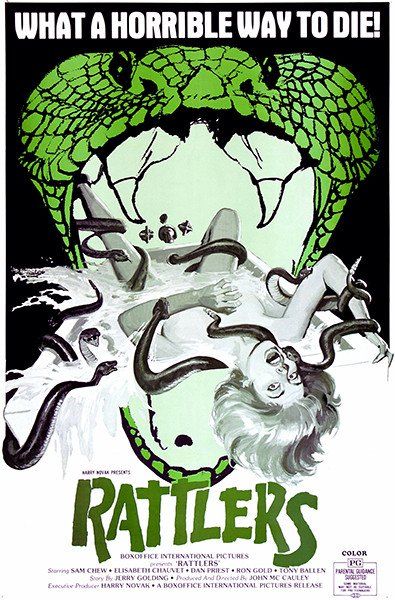 A small desert community is ambushed by aggressive killer rattle snakes. Did that tin drum that the government secretly buried in the desert have anything to to with all of this? Hmmmmmmmmm…..maybe. Certainly no Academy Award nominations to be given here, but it’s handled fairly well for what it is. The “girl in the snakey bathtub” scene became a thing of minor lore with schoolkids back in the 70’s…today it’s strictly “PG” fodder, if that.

Compared to several other films that emerged within this rather obsolete nature-horror sub-genre, you’ll probably agree that there’s worse trash than RATTLERS. Besides…if you find yourself bored by it, you’ll find it’s a perfect movie for playing “count the boom mic shadows”.