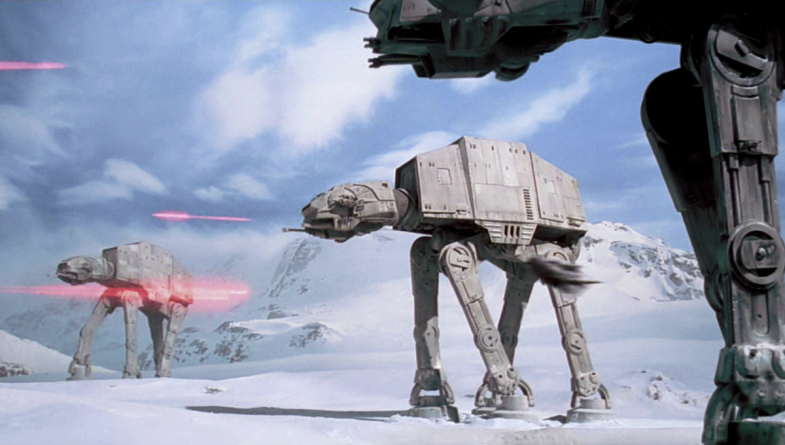 I have a tendency to sit back and to try to analyze things. I try to be balanced by looking both at the upside and the downside of things. I fully realize that there is a tendency to be both overly optimistic and to be overly negative. Paramount Pictures has pushed the release of the Tom Cruise movie “Top Gun: Maverick” to November from July, the studio said, anticipating the rise of another Pandemic surge. In further news, a three-day eviction notice was placed on the front door of ArcLight Cinemas’ Culver City location. Landmark Theaters location in River Oaks was shuttered which means that Houston’s only dedicated first-run art theater is shuttered. In the shape of things to come, a landlord won a nearly $900,000 judgment against a Regal theater for nonpayment of rent in Boca Raton. This is not good….not good at all.

As I was proofing this article (via my handy dandy wife) the news came down on the closing of Arclight and Pacific Theaters. Immediately the image of the Cinedome, that glorious shrine of the movies flashed in my brain. We have lost so many iconic cinemas we cannot afford to lose another,

The fallout from COVID is only just beginning. While many trumpet that movie going is back, the reality is that there is the dark cloud of a pandemic still very much lingering. A giant legal dance is going to occur between landlords and their tenant theaters. A prolonged negotiation will occur and in the end, theaters will fall and the game of musical chairs will leave a few without a seat.

I have been paying some attention to some of the posturing going on in Washington D.C.. I am seeing that after the decimation of the Sherman Act there are some pretty interesting attempts to bring back the topic of industry competition into play. As I am a passionate cinephile I shall venture into the deep dark and dank waters of Washington politics and shine a lot about what I think is an important legislative attempt.

On February 4, 2021, just as the Biden administration grabbed the reins of American democracy, Senator Amy Klobuchar (D-MN) introduced S. 225, the Competition and Antitrust Law Enforcement Act aptly titled, “the Klobuchar Bill”, a more than interesting legislative effort to expand current antitrust laws and really put teeth into the enforcement of antitrust laws. On March 11, 2021, as the Chair of the Senate Antitrust Subcommittee, Senator Klobuchar advanced discussion on antitrust policy during the 117th session of Congress.

The Klobuchar Bill proposes to provide deep and foundational changes to the tepid American antitrust laws, such as lowering the criteria for the Federal Trade Commission and Department of Justice to block a merger, switching the burden of proof in certain merger cases to the merging parties, overturning existing case law regarding predatory pricing and other types of other forms of unilateral industry action, and putting forward a new set of civil penalties for antitrust violations. Some of the real teeth come from the proposed increased antitrust agency funding for both enforcement and analyzing the legality of past mergers, and expanded whistleblower protections. If this is put into place, I want the TUMS concession on Wall Street. These are legislative proposals that surprisingly already have support from both sides of the aisle. Ya ya…my eyes are glazing over too, they must purposefully make the legislative boring so that most of us just ignore its adoption.

Some of the laws are squarely targeted to counteract media concentration and the threat of being enacted could be some of the motivation in Comcast’s interest in possibly divesting itself of NBC/Universal. It also could be structured as a defined warning shot across the bow, curtailing discussion of further media consolidation. Put your checkbook away Disney.

Here are some key aspects of this proposed bill that could have an impact on the business of the movies.

Revised Standard for Mergers. The bill proposes to change the legal acid test that courts use to determine whether a merger and or acquisition is anticompetitive. The remaining antitrust law still in place, Clayton Act prohibits any acquisition or merger where the effect may be to substantially lessen competition or to tend to create a monopoly. The bill revises the standard to “create an appreciable risk of materially lessening competition or to tend to create a monopoly or a monopsony. In retrospect was the acquisition of Fox a movement towards monopolization or did it create a healthier industry. I think the former.

A firm with greater than 50% market share or otherwise possessing significant market power acquires a competitor or a company that has a “reasonable probability” of becoming a competitor in the relevant market; Again, Disney comes to mind, but also entities like Viacom and Comcast in their respective verticals could be impacted.

The proposed changes entitled, Harmful Conduct By A Dominant Firm is more than interesting when put in the context of movie exhibition. The Klobuchar Bill proposes to modify the still in force Clayton Act to disallow “dominant firms” from engaging in exclusionary conduct that according to the proposed legislation presents an “appreciable risk of harming competition” within the industry like, say movie theaters. “Dominant firms,” according to the legislation, include those with “a market share of greater than 50 percent” or “otherwise have significant market power,” and “exclusionary conduct” is conduct that would “materially disadvantage” competitors or “limit the ability or incentive” of competitors to compete. I think that in given markets this could impact Disney and the media conglomerates who have either dominance in cable or streaming.

While I am not naïve enough to think that this bill is going to become law in its current form, I am really looking forward to the squirming of a certain CEO in front of a Congressional hearing. I certainly welcome the debate that will most likely erupt. I think it is obvious since the prolonged execution of the Sherman Act, that anti-competitive legislation had to be strengthened but more importantly, the lack of the ability to enforce the legislation had to be remedied.

I do not think the studios have acted in a fair manner. I also believe that the removal of the FinSyn rules by the Clinton administrator greatly harmed the independent production and distribution market by allowing deep consolidation in the cable and programming industry.

Government and its process are at best deeply flawed. Any positive intent quickly drowns in a sea of bureaucracy and fouled process. I do think that talking about Antitrust gives this industry a greater depth of understanding. Instead of fearing the mere mention of the word, understanding the mechanics of it may alleviate the ability to frighten those who attempt to control by the mention of antitrust. In the business of motion picture exhibition block buying in a cooperative manner by independent theaters has had the word antitrust thrown at it time and time again. As an aside the independent cable companies have been cooperatively buying programming for the past 35 years.

Do not be taken in by the fear-mongering.

Now can someone please acquire the Pacific Cinerama Done asap?