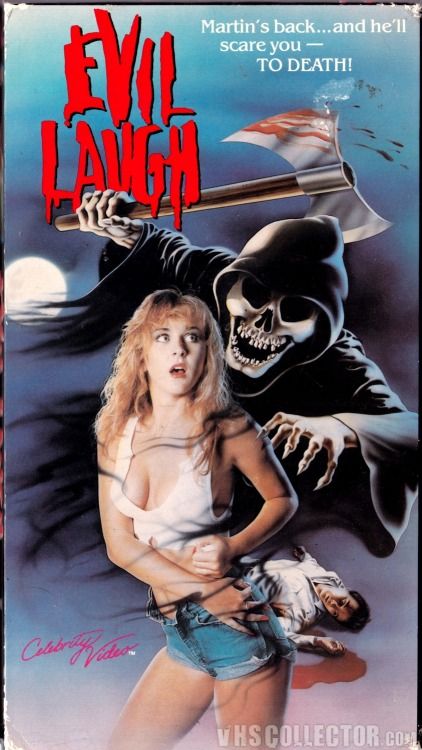 Evil Laugh isn’t particularly original or special but it’s entertaining enough for a slasher film and has some decent death scenes. I think the lack of originality was what spoilt it for me, it’s the same old routine of having a bunch of people in a house where they get killed off one by one. There’s some amusing moments though, one example being at the beginning of the film when the killer takes out a mans heart, which later gets used in a meal that his friends eat. There also seems to be a bit of slasher film ‘self referencing’ going on too, with mentions of Halloween and Friday the Thirteenth. Some slasher fans like that sort of thing, but personally I think it brings the film down as it seems too self-conscious.

Overall a good addition to any slasher fans collection, but there’s still much better out there.