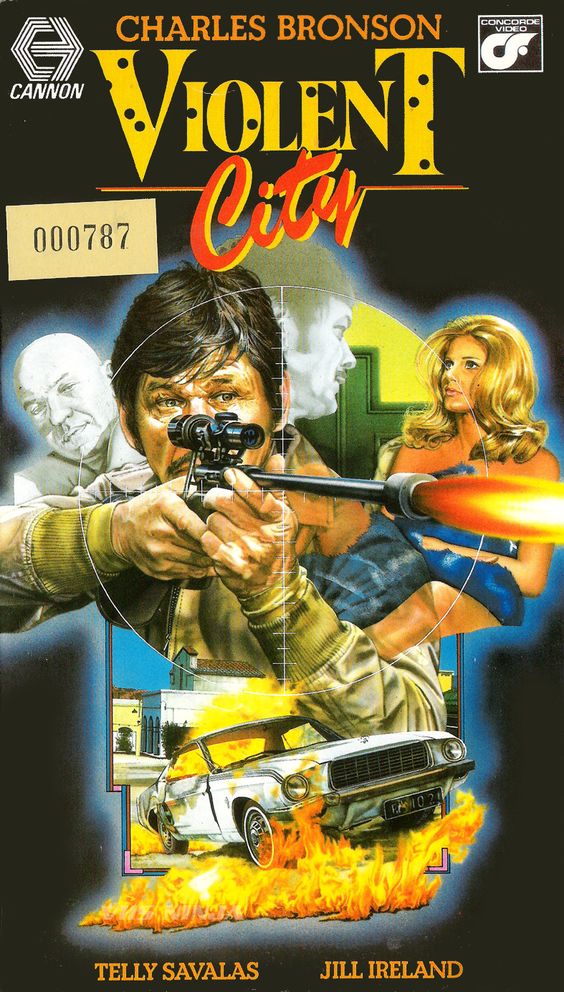 There’s absolutely no way that any movie can start off better than “Violent City”. Charlie Bronson on a yacht with a ravishing blond chick, then moving onto land where the couple immediately gets subjected to a wild car chase through extremely narrow streets (and over stairs!) and ending with a violent shootout! And all this time not a single word is being spoken by anyone and all we here are the sounds of squeaking tires, snorting car engines and Ennio Moricone’s umpteenth fabulous soundtrack. The first ten minutes of “Violent City” are so damn brilliant I was even tempted to stop watching the film because I honestly feared things could only go downwards from that point, ha! Luckily it didn’t. Sure the pacing slowed down a bit (only a little bit, mind you) but a great film unfolds itself, with a simplistic but nevertheless compelling plot, gritty atmosphere and terrific acting performances by Charles Bronson (as the silent as always but deadly killer), Telly Savalas (as the sneering, sleazy and eccentric super-villain) and Jill Ireland (as the bimbo who appears to screw around with half of the city). Jeff is a retiring hit man who completes one more personal killing job when a former friend double-crosses him, leaves him for dead and runs off with his lady friend. Jeff’s spectacular payback, executed at a race car circuit) gets him noticed by the big boss of the city’s organized crime network. He wants Jeff to be a part of his successful crime-family, and when he refuses an exhilarating and testosterone-packed cat and mouse game ensues. The plot isn’t highly original, but several independent sequences are magnificent, like the aforementioned opening, the intense finale or  most of all  the scene where Vanessa gets introduced to Weber (Savalas) in a restaurant. Sergio Sollima is a gifted director, who primarily earned his fame in the spaghetti western genre (“The Big Gundown” and “Run Man Run”). That’s also exactly what “Violent City” often resembles; a gritty urban western with Bronson in his familiar role of lone outlaw passing through a town where no one can be trusted. If I understood correctly, the titular violent city is supposed to be Michigan, where strangely everyone speaks a combination of English and Italian. Funny detail on the Dutch DVD-release is that the dubbing is incomplete. Some of the dialogs start in English but halfway the conversation swifts to Italian and back to English again. Not at all bothering, especially not in case you looked forward to this movie as much as I did.