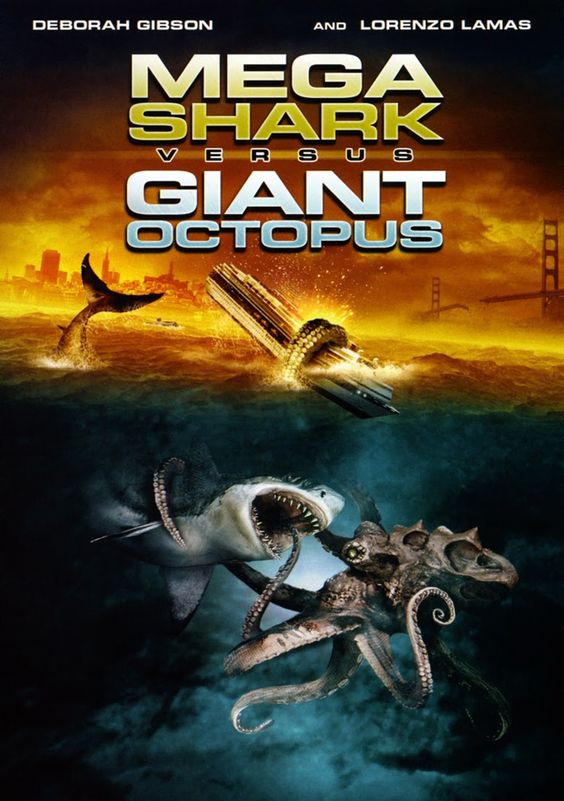 Debbie Gibsons finest hour comes with a gritty, mesmerising performance in what has to be described as the film of the decade.

The plot, written by premier director Jack Perez, focuses on the age old undersea battle between the two aquatic giants of the sea, which, as we all know, is that of the Shark and the Octopus.

It was only after watching the film 8 times I was informed that the crisp special effects had been done using CGI……incredible! The shark is so lifelike i literally voided my bowels every time this nauseating monster came into shot Perhaps the biggest highlight, of this orgasmic blockbuster, is the romantic sub plot involving Gibson and Vic Chao. Thrown together in a time of world catastrophe the two scientists battle masterfully subtle feelings of sexual tension……..now I don’t want to spoil it for anyone, but lets just say there is a groundbreaking, red hot conclusion that will leave you shocked and stunned 😉 The sequel, Massive Panda vs Quite Tall Aardvark, is due to hit our screens early in 2010, and, if this film is anything to go by, you will need to make advanced bookings at your local cinemas. During a private screening of the first rough cut, 31 people suffered crush injuries while fleeing in terror.