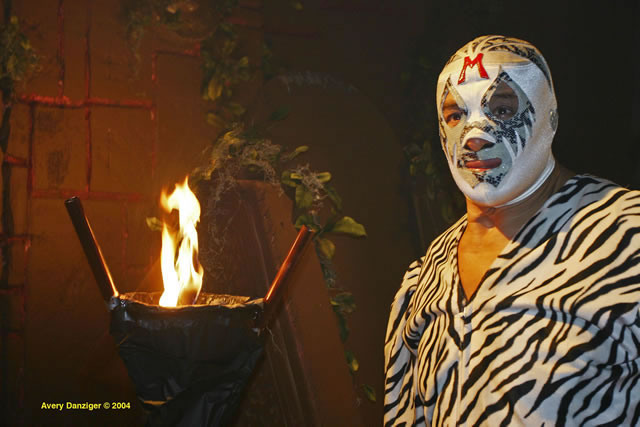 “These are not my pajamas” 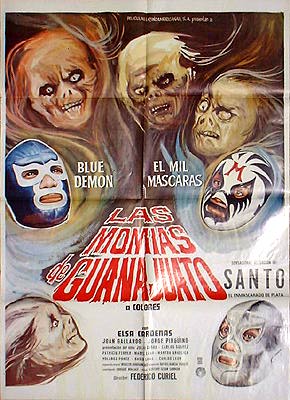 As impressive as Mickey Rourke was in The Wrestler, the true macho mangler comeback story of late is Mil Mascaras. The 60something Mexican icon gained international fame for his innovative wrestling techniques and flamboyant costumes in the ring, as well as for his colorful action film roles, including classics like Las Momias de Guanajuato (1972) with fellow lucha legends El Santo and Blue Demon, and the masked mashup Los Campeones Justicieros (1971), featuring a veritable Justice League of Mexico. Directors Jeff Burr and Chip Gubera (the latter also made the upcoming Monogram release Song of the Dead) and writer Jeffrey Uhlmann (interviewed here) have created the ultimate lucha film, re-animating a classic genre and reviving the film career of the Man of a Million Masks (the alternate title of the film is indeed Mil Mascaras: Resurrection). In addition to Mil, there are cameos by younger luchadores carrying the torches of their elders, including El Hijo del Santo, Blue Demon Jr., Huracan Ramirez Jr., Neutron, Dos Caras, Argozan, La Torcha, and an American wrestling star, Harley Race.  The film also features the return of another Mexican fantasy film staple, the Aztec Mummy, as well as zombies, vampire women, and even a robot. If you dig this kind of thing, then this movie is your definitely your kind of thing. 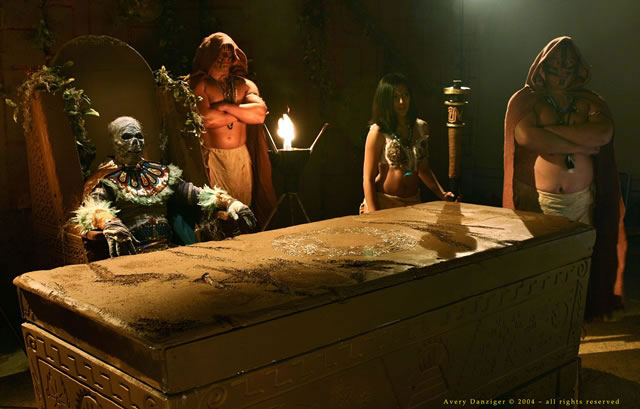 The story contains many familiar elements from the classic period of lucha films (roughly the mid-50s to the late 70s) but it is definitely a contemporary product. The Aztec Mummy in this updated version is more like a Marvel Comics/James Bond supervillain than the shambling creature from the original Aztec Mummy series of the 50s and 60s (Robot vs the Aztec Mummy, Wrestling Women vs the Aztec Mummy, etc.) The atmosphere faithfully echoes the original lucha/monster films, but with a modern twist. The filmmakers avoid adding any gratuitous grindhouse elements to spice it up – there is no nudity and the violence is minimal. However, the film is non-stop action from first bell to final pin.There is also humor (Mil’s fiance telling him, “I feel like I just don’t know you!” while he dines with her in a nice restaurant, wearing his suit and mask); but you’ll find no MST3K type derision here. This is a sincere continuation of a cherished cinematic tradition, not a tongue in cheek parody, and it is also the first lucha film made in America. How’s that for improving border relations?

MIL MASCARAS VS. THE AZTEC MUMMY charges into select US theaters April 24, courtesy of Monogram Releasing. 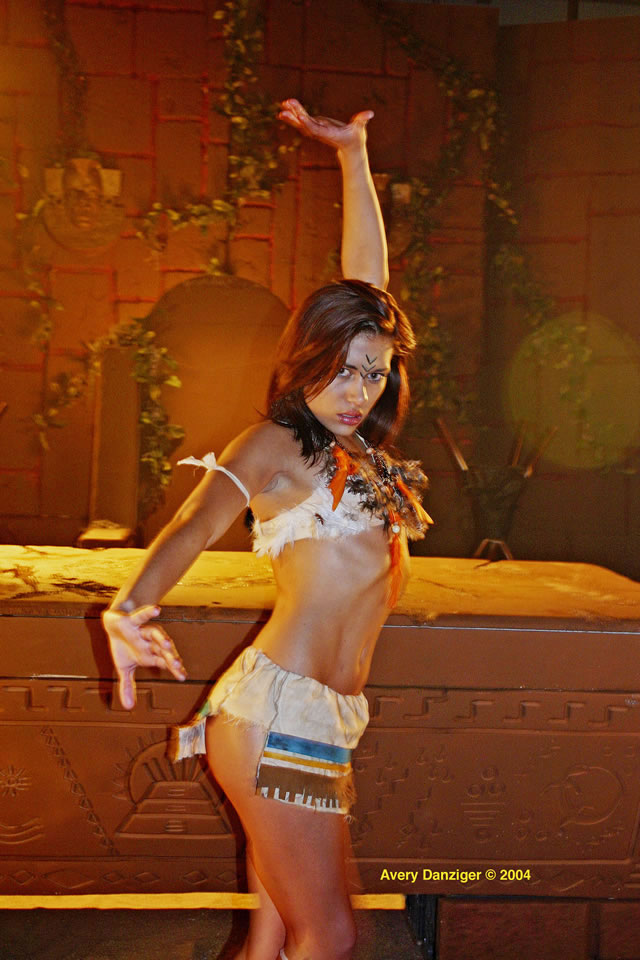