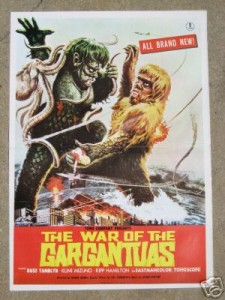 The 1968 film directed and screenplay by Ishiro Honda is entertaining.  If you’re a B Movie fan you’ll appreciate the film quite a bit and pay no attention to the plastic army guys in toy tanks and the string on the helicopter 46 minutes into the film.
[v=sTY-qlQ9Hc0]
A fun airport scene and after chewing up a woman and spitting out her clothes it’s time to do a cannonball into the ocean.

There’s nothing wrong with a little entertainment prior to Gargantua attack.

The film has a good amount of action and I’m simply amazed at how cool and collect Dr. Paul Stewart remains throughout the movie no matter how bad it gets. Pure class!!! 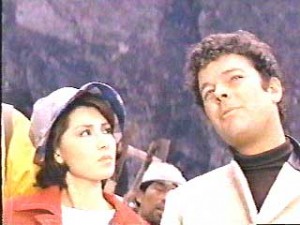 The young Gargantua was adorable too. 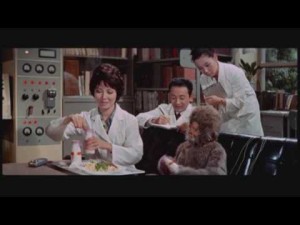 Be sure to check out ‘The War of the Gargantuas’.