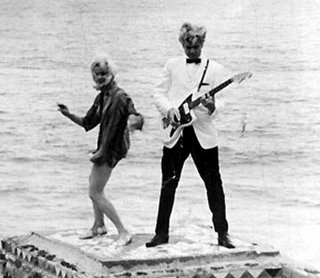 ARCH HALL JR. is that rare combination – a living legend and a nice guy. This cool cat is still swingin’ forty odd (yes, very odd) years since his debut in The Choppers (1961) written by his legendary father, Arch Hall Sr., and cementing his own legacy as a drive-in deity with the timeless gems Eegah (1962), Wild Guitar (1962)  The Sadist (1964), The Nasty Rabbit (1964), and Deadwood ’76 (1965). Though he hasn’t appeared on screen in years, his handful of memorable roles have secured him a hallowed place in the Cult Movie Icon Hall of Fame.

Will the Thrill: Recently Ray Dennis Steckler, a personal friend and frequent guest of my cult movie cabaret “Thrillville,” passed away. You worked with him on one your most popular films, Wild Guitar (1962). Can you share any standout memories of Ray with us?

The last time I saw Ray was in Los Angeles at the special screening of Laszlo & Vilmos – NO SUBTITLES NECESSARY. It was Friday November 14th, 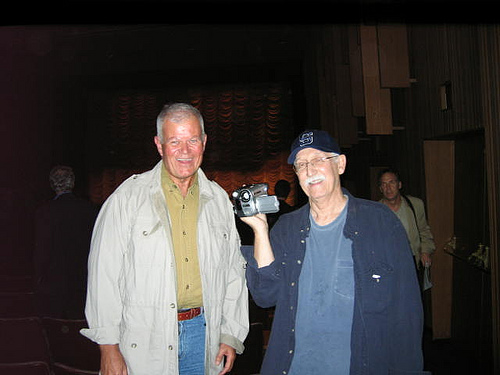 2008.  We had a wonderful time with Vilmos (Zsigmond) and there was an interesting Q&A session after the screening which was supposed to include Ray as there was an empty chair on stage as well as Vilmos told me Ray would participate along with the director and Peter Fonda. However, as the organization of such events sometimes go…  incredibly, nobody bothered to tell Ray.  Because I was seated in a different area in the crowded theatre.  I had just assumed he would be taking his place on stage in the empty chair next to Peter Fonda, but he never did.  Toward the end of the Q@A Vilmos stood and shielding his eyes called out over the PA for Ray to participate.  Ray stood up to a large applause but because time was short was given a wireless mike and chose to stand in the aisle.  Standing in the right aisle Ray shared several anecdotal incidents from Zsigmond’s early days. Vilmos was beaming. Ray said “do you remember when I tied the rope around you at the ice skating rink in Wild Guitar?” (Vilmos nodded) Ray continued “then you must remember I told you I’m going to swing you around like hell on the rope so hang on! Then you shouted No! no! Ray no! we will get flares in the lens! “Do you remember what I told you after you complained?” (Vilmos nodded again smiling) Ray asked the audience “if they wanted to know what he told Vilmos that day?”  (Audience responded affirmative) OK, I told Vilmos “not to worry about the damned flares… in fact… someday, you will be famous for flares in the lens! (Obvious reference to Close Encounters that won Vilmos an Academy Award. There were moments when Ray had the audience cracking up and worked them like a stand up comic on a roll. Ironically, the thing that nobody (including myself) knew,  was that the man that was telling these interesting stories… was terminally ill.   even though his eyes were bright and his voice strong and resonant. Earlier at the hotel near LAX both myself and Burr Middleton, part of the old Fairway mafia and grandson the the famed actor Charles Middleton, had a chance to relax with Ray in the patio and reminisce about the old days. Of course Ray turned it into a documentary with his video camera. I left for FL out of LAX at 6:30 the following morning and was busy with other things for two weeks when I became suspicious about Ray not answering my emails. I called his cell and his wife Katherine answered from the emergency room at the Desert Springs Hospital in Las Vegas! I could hear Ray in the background saying OH I wanna speak to Arch over the doctor’s conversation. Ray got on and said Yeah my defibrillator fired off three times this morning and so I’m back in the ER but I want to send you story ideas and some posters I had made up next week I promise I’ll get them to you, OK? That was an example of just how hardcore Ray Dennis Steckler was! He was a guerrilla filmmaker till the end. 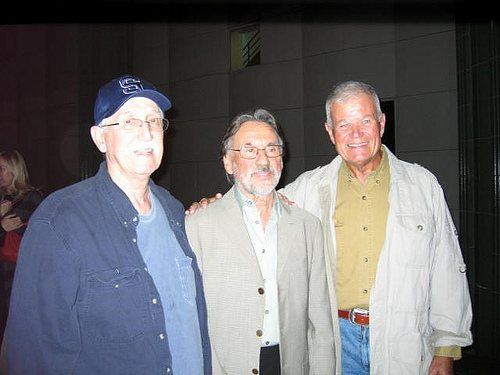 Thrill: How, when and why did your early rock n roll combo, The Archers, form?

AH: The “Archers” began as a duo in Junior High School and High School with myself and my lifelong friend Deke Richards. We would play at private parties with two guitars and sing together. You might recognize the name Deke Richards as being the same Deke Richards that became one of Motown’s most prolific record producers. Deke remains my oldest and dearest friend. After High School I struck up a friendship with Alan O’ Day (“Undercover Angel”) who also attended High School in Coachella Calif and who along with Dave Sullivan, Ernie Gurrola, Joel Christie, Jerry Mann (Levin) and Dobie Gray at one time or another were all Archers and who worked the LA club scene while living together at the Fairway Films studio compound. Some of The Archers have gotten together for event such as the Ponderosa Stomp on a couple of occasions and played the 31st St Pub in Pittsburgh. 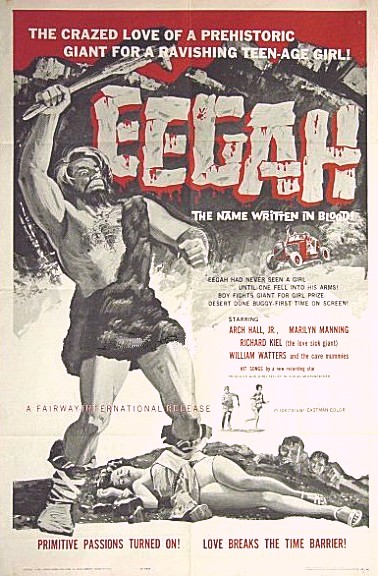 AH: Richard Kiel is a real class act! He is not only a talented actor and an accomplished author and historian but a good businessman as well. I admire him and respect him greatly.

One maybe not-so-funny but true story that happened during the filming of Eegah was a structural failure of the frame on the 1939 Plymouth sedan that was the primitive orange dune buggy.  The old Plymouth had a strong  flat head six engine that ran pretty good but was too long as a 4 door sedan so we cut the top off, the fenders off, the doors off and then cut about 4 feet of frame out, shortening the drive line and we thought we had done a pretty good job. But we had hastily gas welded the frame with flat steel doublers for strength (or so we thought) However, after jumping off one too many sand dunes one hot summer afternoon in 1961…  the gas welds failed and the frame broke and pinned us all in the seat with the windshield folded back on us. Luckily the was enough padding in the seat cushion and a bit of weld still holding on opposite frame rail or it might have been curtains  for Eegah boy (me). 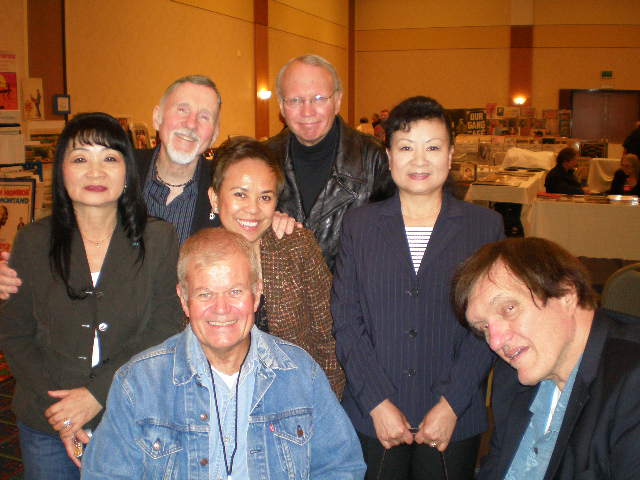 At a collectors show with Richard

Thrill: The Sadist (1964) is to me the most impressive of all your movies, because of your incredibly intense and authentic performance. 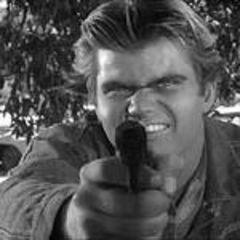 It was way ahead of its time in terms of psychological violence. Did working on that movie freak you out (or anyone else, besides the audience)?

AH: One thing freaked me out a bit I suppose was the scene in the snake pit at the very end. I must admit I’m not too fond of snakes. Especially rattlesnakes!

Thrill: What are you up to these days?

AH: I’m doing what old retired freight dogs do I guess? I play my old Fender guitars and amps, fly my old 1953 Taylorcraft 15A airplane when the weather is nice and do other mostly grandfatherly geezer things. Actually, I must say that I have recently become a great grandfather. This happened on May 1, 2009. I’m also working on a treatment project with a producer in Dallas but I’m not at liberty to discuss details. That about it. Oh, and of course I like to travel… Thailand, Vietnam, Cambodia, Laos and Costa Rica : )

Wishing you all the best !

0 95
Monogram Releasing presents THE DEMONS AMONG US